A recent social media post caused great confusion by warning that Indian 500-rupee banknotes with the vertical green security stripe near the picture of Mahatma Gandhi (and not near the RBI Governor’s signature) are counterfeit.

This claim was put to rest when the Press Information Bureau (PIB) published a Fact Check stating that the counterfeit claim was completely false. The PIB Fact Check also explained that, according to the Reserve Bank of India, both types of Rs 500 banknotes (that is, with the vertical security stripe in either location) are valid. 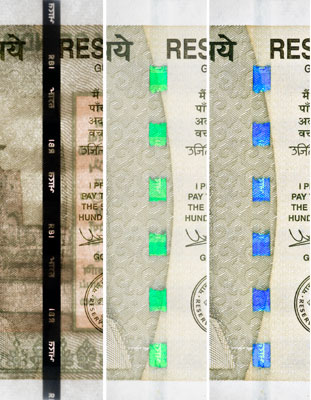 Counterfeit banknotes are on the rise in India

While this particular counterfeit rumour was false, the RBI did report in May 2021 that counterfeit Indian banknotes are on the rise. RBI’s annual report noted there was a 31.3% increase in counterfeit 500-rupee notes compared to previous years.

So, how can you tell if a current 500-rupee banknote is genuine?

First, it should be mentioned that the newest issue 500-rupee banknote (2016 series) is different in colour, size, theme, location of security features (such as the vertical green stripe), and design elements from the previous note (2015 series, withdrawn from circulation in 2016). For example, the size of the current note is 66mm x 150mm, the colour scheme is stone grey, and the primary theme is the Indian heritage site, Red Fort.

That said, here are several ways to determine that the present 500-rupee note is genuine:

Coronavirus and Cash: A Short-Lived Connection 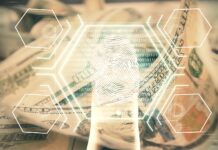 Rate of fake Euro Banknotes at all time low