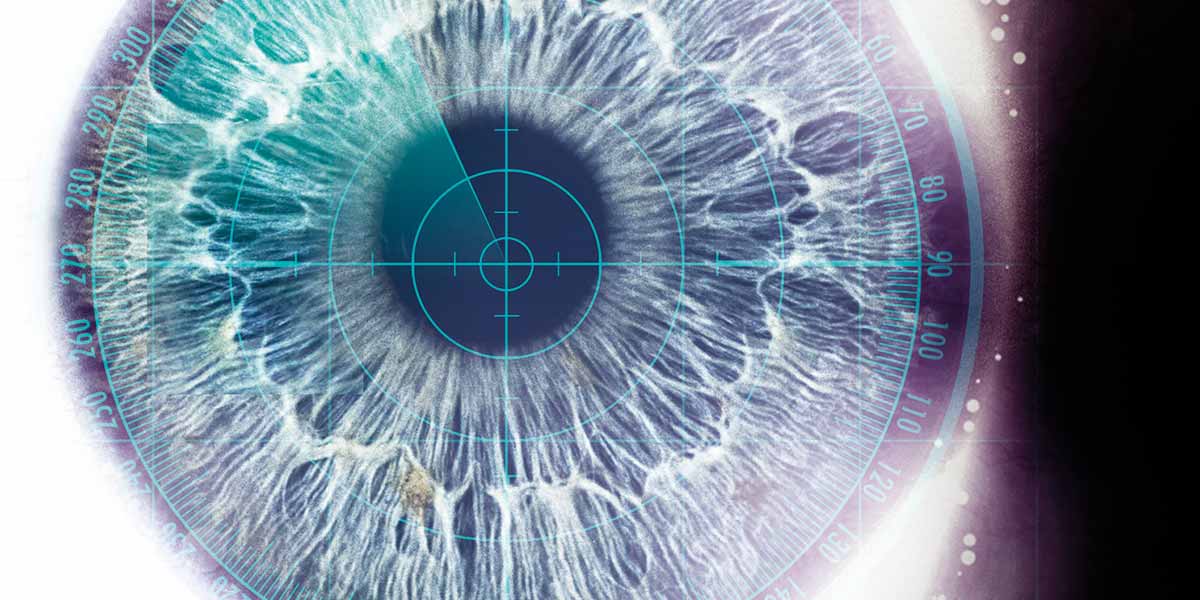 After the 9/11 terrorist attacks in 2001, the use of biometrics increased dramatically as a means of positively verifying and/or identifying an individual. Also for the technology of iris recognition, which has been around for quite some time, the most notable growth has been achieved since the last decade. In the last couple of years, many new iris recognition technologies have evolved, and the number of vendors in the market has grown significantly. In this two-part article, Ravi Das discusses what iris recognition entails.

General structure of the iris
When examining your eye, you will notice a colourful portion of it, located in the centre. This is known as the iris. It lies between the pupil and the sclera, the white of the eye. Although the colour of the iris varies from individual to individual, there is a commonality to the colours, which includes green, blue, brown, and in remote cases, even a hazel colour. In the most extreme cases, a combination of these colours can be observed in the iris. The colour of the iris is primarily determined by the DNA code inherited from our parents.

Purpose
The primary purpose of the iris is to control the diameter and size of the pupil. The pupil is that part of the eye which allows light to enter the retina, located at the back of the eye. Of course, the amount of light that can enter the pupil is a direct function of how much it can expand and contract, which is governed by the muscles of the iris: the sphincter muscle, responsible for the contraction of the pupil, and a set of dilator muscles, which govern the expansion of the pupil. The iris is primarily composed of two layers: a pigmented fibro vascular tissue known as the stromal, and beneath the stromal, pigmented epithelial cells.
When you look at your iris in the mirror, you will notice a radiating pattern, known as the trabecular meshwork. When Near-Infrared Light (NIR) is shone onto the iris, many unique features can be observed, such as ridges, folds, freckles, furrows, arches, crypts and coronas. Finally, the collarets of the iris is the thickest region, separating the pupillary zone – which forms the boundary of the pupil – and the ciliary zone – which fills up the rest of the iris.
The iris is deemed to be one of the most unique structures of human physiology, and in fact, each individual has a different iris structure in both eyes. Even identical twins have different iris structures, as scientific studies have shown. An image of the iris can be seen in figure 1.

Retina and optic nerve
Although people often confuse the retina with the iris, they both possess very different functions, which govern the processing of visual information into the brain. The primary goal of the iris is to control the pupil. The retina is located at the back of the eye and consists of millions of photoreceptors – known as rods and cones – as well as various types of sensory tissue, the primary function of which is to transform the light rays captured by the pupil into electrical signals and impulses. The unique pattern of blood vessels in the retina joins the optic disc at the back of the retina. Here, the optic nerve is formed through which the electrical impulses travel to the brain to be processed into visual information. An image of the retina can be seen in figure 2. The biometric scanning mechanisms for both the iris and the retina are totally different. For iris recognition only a camera is needed to take a photo of the iris, while, in contrast, for retinal recognition an individual has to sit and hold their eye in front of a receptacle, from which a light is shone into the eye covering its circumference. This can take a few minutes to complete. Because retinal recognition is more invasive, this technology has not achieved the same market penetration levels as iris recognition has.

Review of traditional iris recognition
The idea of using the iris to confirm the identity of an individual dates back to 1936, when an ophthalmologist by the name of Frank Burch first proposed the idea. This idea was only patented in 1987, and by the mid-1990s, Dr John Daugmann of the University of Cambridge developed the first mathematical algorithms for it. Traditional iris recognition technology required the end user to stand no more than ten inches away from the camera. Then, with the NIR light shining into the iris, various images are captured and compiled into one primary composite photograph. Special software removes any obstructions from the iris, which can include portions of the pupil, eyelashes, eyelids, and any resulting glare from the iris camera. From this composite image, the unique features of the iris (as described above) are then ‘zoned off’ into hundreds of phasors (also known as vectors), whose measurements and amplitude level are then extracted, and subsequently converted into a binary mathematical file, with a maximum of 500 bytes .

The binary mathematical file then becomes the actual iris biometric template, also known as the ‘IrisCode’. However, in order to positively verify or identify an individual from the database, the iris based enrolment and verification templates – the IrisCodes – are compared against one another byte for byte, looking for any dissimilarities amongst the string of binary digits. In other words, to what percentage do the zeroes and the ones in the iris-based enrolment and verification templates match up or do not match up against one another? This answer is found by using a technique known as ‘Hamming Distances’ – which is used in iris recognition algorithms today (see box 1). After these distances have been measured, tests of statistical independence are carried out, using high level Boolean mathematics (such as Exclusive OR Operators [XOR] and Masked Operators). Finally, if the test of statistical independence is passed, the individual is then positively verified or identified, but if the tests of statistical independence are failed, the person is not positively verified or identified. 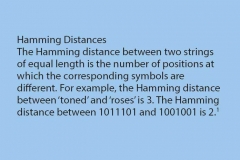 Famous example of iris recognition
Probably the best example of using traditional iris recognition techniques was when a team of National Geographic Magazine was trying to confirm the identity of Sharbat Gula, also known as the ‘Afghan Girl’. The famous picture of the striking, green eyes of Sharbat Gula goes back almost 30 years, to 1985. Sharbat is originally from Afghanistan. During the time of the Soviet Union invasion of Afghanistan, she and her family fled to the Nasir Bagh refugee camp, located in Peshawar, Pakistan. During this time, a National Geographic photographer, Steve McCurry, came to this region to capture the plight of the Afghanistan refugees on pictures. One of the refugees he met and took pictures of was Sharbat Gula, when she was only 13 years old. Steve McCurry did not know her name, or anything else about her family. Of the many pictures he took of her, one stood out in particular: the one of her piercing, green eyes.

During the course of the next 17 years, the picture became world famous, appearing in books, magazines, newspapers, posters and other forms of media. Sharbat Gula knew nothing of her fame until she met Steve McCurry for the second time in 2002. In January 2002, Steve McCurry returned to the same region in a final attempt to locate Sharbat Gula. Steve McCurry and his team searched through numerous villages and came across various leads which proved to be false. Finally, the breakthrough came when an individual came forward and claimed that Sharbat Gula used to be a next-door neighbour many years ago. After several days, this same individual brought back the brother of Sharbat Gula, who had the same colour eyes. From that moment onwards, McCurry and his team felt that they had located the family of Sharbat Gula. As for cultural reasons Sharbat Gula was not allowed to meet other men, a female producer of National Geographic initially met with her and took photographs. Finally, after a series of ‘negotiations’ with her family, Steve McCurry was able to meet Sharbat Gula. After asking some questions and comparing the recent photo’s to the world famous one, Steve McCurry felt he had finally found the Afghan Girl – 17 years later.

However, the scientists at Iridian Technologies, Inc. had to overcome a number of obstacles. First, the pictures taken by National Geographic of Sharbat Gula were not taken by iris recognition cameras, but with other types of cameras. As a result, the scientists had to eliminate the effects of the light reflections produced by these cameras, and also make various modifications to the image quality of the photographs. The pictures of Sharbat Gula were then scanned into a digital format. Secondly, iris recognition works by examining scans from live subjects, not static photographs, which was another major obstacle. After making a series of adjustments to the iris recognition software, the scientists concluded that Sharbat Gula was positively the Afghan Girl. “The match of Sharbat Gula’s eyes to the eyes on the 1985 cover photo was irrefutable, as we achieved a 1 in 100 million probability of a false match. There is no doubt in my mind that National Geographic has found the girl in the cover photo.”2