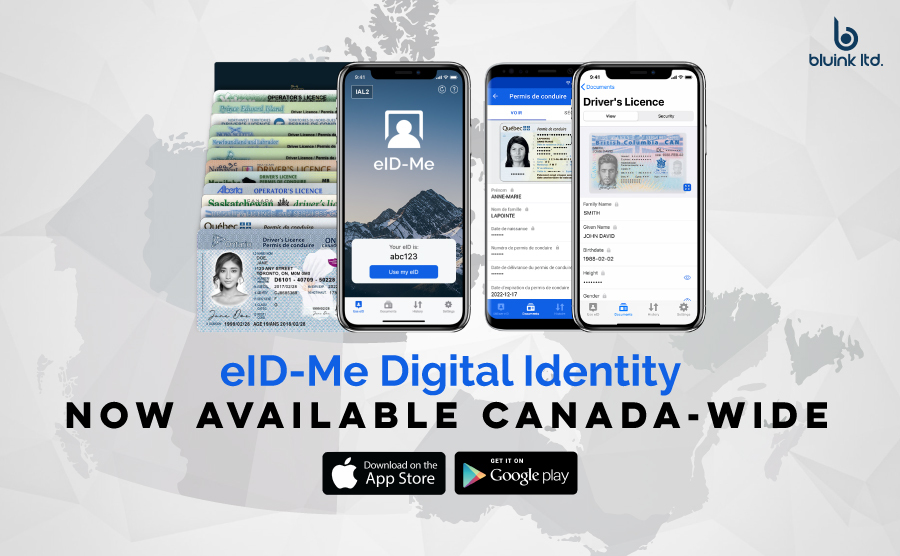 A new digital identity app called eID-Me was launched in Canada in 2020. The app was developed by Ottowa-based Bluink, thanks to $1.2 million in funding from Ontario’s Ministry of Economic Development, Job Creation and Trade.

The eID-Me app creates a digital version of an individual’s government ID that stays encrypted on their smartphone and is not uploaded to the cloud. To register for eID-Me, users need a valid Canadian or US passport plus a driver’s licence or photo ID card.
(The passport requirement will later be removed to make the app more accessible.)

A gradual rollout, one province/territory at a time

The company also promises Canadians who use the app better access to government, financial, health care, and other ID-enabled services.

Canadian provinces and territories are gradually signing on to allow their residents to use the eID-ME app. The app initially launched in Ontario, Quebec, British Columbia, and Saskatchewan. Use of the app was subsequently adopted by the governments of Alberta, Manitoba, and Nunavut. The remaining Canadian governments will presumably get on board with eID-ME over time.