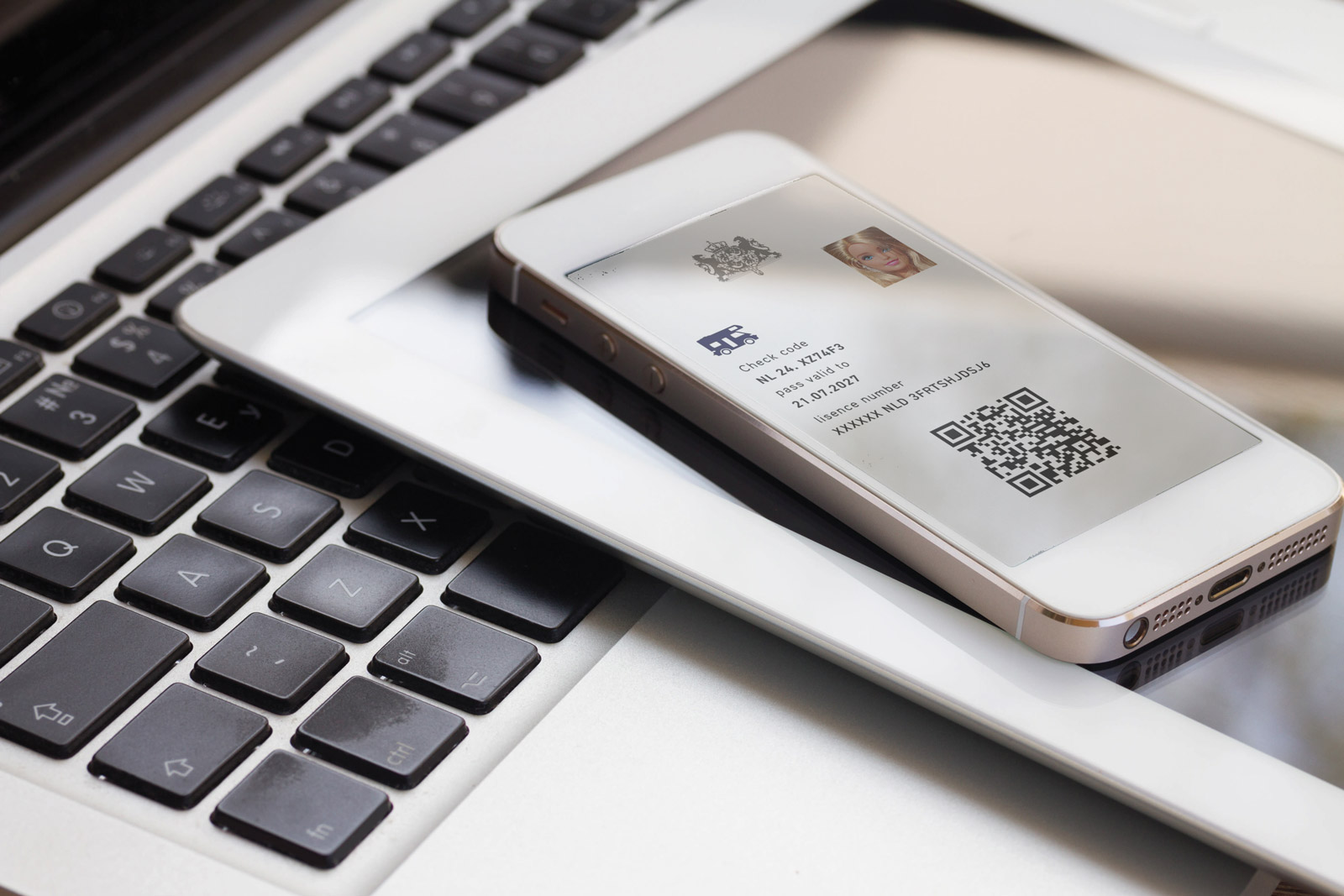 If you’ve hired a car in the UK over the last few years, you will have probably been asked for a ‘check code’ by the car hire company. This is so you can share key driving licence details such as the vehicles you can drive, restrictions and any penalties and disqualifications you may have. This is a very popular, well used service but, listening to our customers, DVLA has developed a fully digital, mobile version of the service.

From its UK headquarters in Swansea, south Wales, the Driver and Vehicle Licensing Agency (DVLA) is an executive agency of the Department for Transport (DfT). Its core responsibilities are to maintain 48 million driver records, 40 million vehicle records and to collect Vehicle Excise Duty (VED), currently around £6bn a year.

The agency’s goal is to get the right drivers and vehicles taxed and on the road, as simply, safely and efficiently as possible. Giving motorists access to their own data is an important part of that goal as it gives them the opportunity to tell us if there’s something wrong. Accurate records also aid key stakeholders such as police and the courts to help keep our roads safe.

The View your driving licence information service was launched on GOV.UK in 2014 and has been used by over 20 million drivers since. The service allows our customers to view their driving record so they can check important details – name, address, driving licence categories etc. are correct. This helps to make sure our database is accurate which in turn aids road safety. The following year, a new feature was added that allows drivers to share their licence information with third parties such as car hire companies or employers. In order to share their information, drivers generate a unique, one-time use check code in the existing service that they provide to a third party of their choice. The code lasts for 21 days and can be redeemed by third parties on GOV.UK using the Check Driving Licence service. We’re really proud that 99% of all driver licence enquiries are now digital.

The service generates a wealth of really useful data, which we constantly analyse looking for pinch points, particularly which pages work well and other less so. Working with our in-house Customer Insight team, we also study the feedback directly from users. Whilst user satisfaction is high (currently 91%), we want to provide the best service we can and our customers were telling us they had problems with redeeming the code. For security reasons, the code is made up of a 6 digit, alpha numeric string which some people write down incorrectly or sometimes forget to take with them when they hire a car or start a driving job. 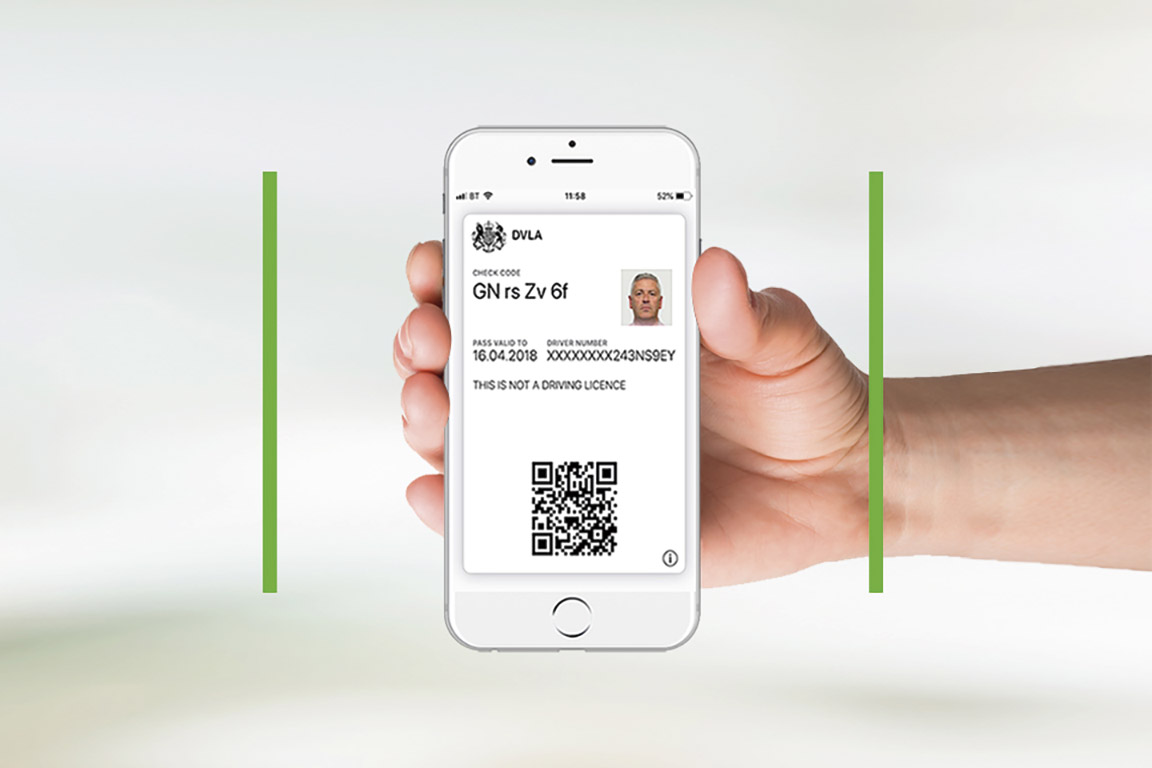 Although the service can be used across multiple platforms and devices, users also told us they wanted to utilise familiar features on a mobile phone – such as wallets and passbooks. So we developed a new way to use our view, share and check driving licence services which gives our customers greater choice in how they access them and in a way that suits them. Most people have their phone to hand, and this is a convenient, easy and secure way for drivers to share their licence details when they need to; the key here is mobility.

The new service was launched at the end of last year and generates a QR code on the driver’s smartphone. The code can be redeemed via the existing check driving licence page where we added a new feature which activates the user’s webcam on their PC, laptop or tablet. This will present the same information as the current service e.g. licence categories, endorsements and disqualifications etc. but we think the new process will prove quicker and easier for both parties.

The days when government departments and agencies developed and launched a new service on the unsus­pecting public to fit with outdated legacy services (rather than user needs) are gone. Acting on customer feedback, our web designers built a prototype and tested it at our own user experience labs at our HQ in Swansea, south Wales. We then took it out on the road and gradually improved the prototype until we were ready to run beta testing on real users. Before we launched the public beta service, we had tested the prototype on nearly 100 people and engaged with 59 companies who were users of the existing check driving licence service. These were the type of busi­nesses that keep the country moving – parcel delivery firms, bus companies, car hire firms etc. As the Service Designer, it was important for me to see real users trying the prototype myself so I could know what worked well and what didn’t, so I took part too. It’s probably the best part of the job; meeting real users in their own environment and seeing a new service develop from prototype through to launch.

A vital part of the development and testing phases is ensuring our services can be used by people with a wide range of digital skills and accessibility needs. Even though the service is digital and mobile, our aim is to make our service accessible to all customers, however familiar they are with technology. We have tested the service with a diverse set of customers ensuring that the technology and systems support their needs and any assisted digital requirements. We have tested the most commonly used assistive tech­nologies such as screen magnifiers, speech recognition tools and screen readers and users with visual, hearing, motor or cognitive (affecting memory and thinking) impairments.

We also tested the service in different circumstances which can cause accessibility needs to be highlighted, such as: location (areas with slow wi-fi or noisy rooms); health (where they were tired or recovering from stroke or had a broken limb); or equipment (using various internet browsers on a range of mobile phones).

Considering the needs of a diverse user base has helped us design a better service. 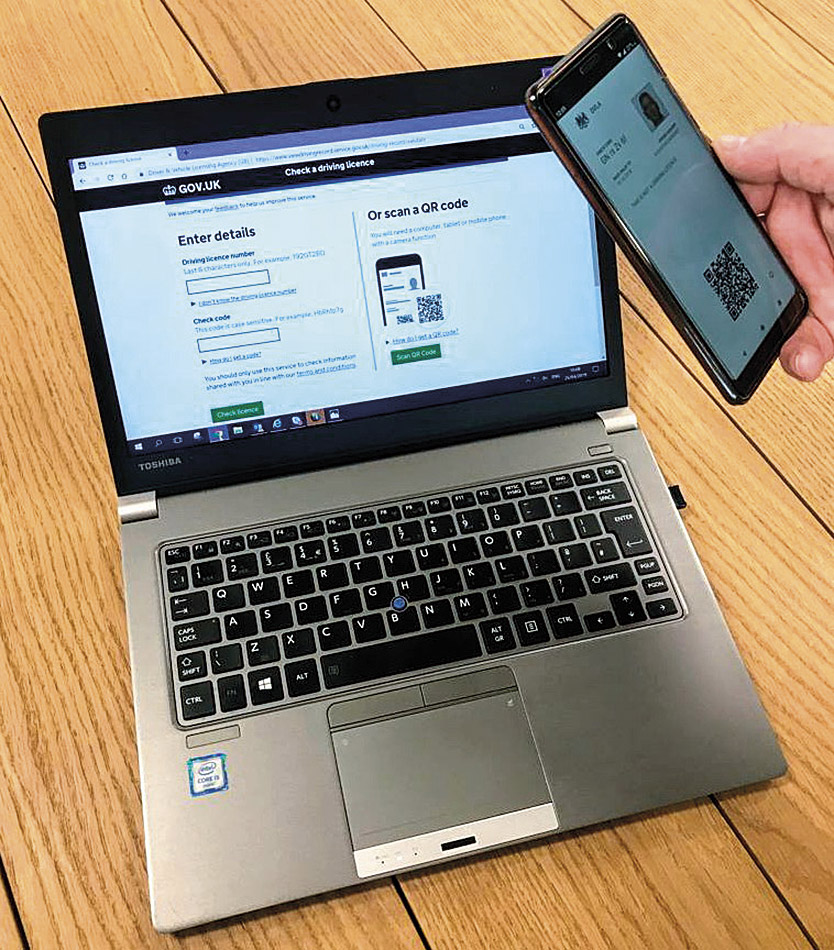 Before introducing the new service to the public, we ran two private beta tests, starting with some of our own employees. Colleagues were invited to download a pass and 67 were downloaded and scanned by my project team, with 9 being scanned by the DVLA Travel Team as part of their annual entitlement to drive checks, providing a real-life end to end user journey. User feedback was positive with 83% agreeing or strongly agreeing the service was easy to use, and 97% user satisfaction.

For the second phase of the private beta, we invited a number of those organisations that had been engaged during the alpha phase during user and stakeholder testing to try the service. Participation in the pilot was voluntary both for the companies and the individual drivers. Just over 100 drivers downloaded a pass during the two month testing phase with feedback showing that the service worked successfully with usability of the Verify service being the main concern. The success of this second phase provided us with the assurance that we could launch a minimum viable product (MVP) public beta service, subject to completion of key user stories and rigorous performance testing.

The service is launched

The ‘Add a driving licence check code to your mobile phone’ service was launched in public beta on GOV.UK on 11 December 2018. As part of the communications handling plan, it was a soft launch consisting of a blog from me on GOV.UK and a tweet later in the week. Learning lessons from previous new service launches, we deliberately kept it low profile, the aim being to ensure the new service worked at low volume, to ensure robust usability and reliability. The strategy paid off; we had 400+ people using the service in the first week without incident.

Hosting services on GOV.UK provides us with a valuable suite of analytical tools (e.g. Google Analytics (GA)) to help us manage the service. We know how many people have tried to use the service and have succeeded in downloading a pass, and can break down the data by geographic location, operating system, browser and even down to device level. Working with our data analyst, I use this information to identify how the fledgling service can constantly be improved and then raise user stories to our product backlog. Using this continuous improvement approach from day one means we will be able to quickly react to user feedback and provide a service that not only works for our customers, but has been partly designed by them too.

This is the next step on our digital journey and we think the service will prove a hit with the motoring public and corporate customers alike. If you’re a UK licence holder, give the new service a try at www.gov.uk/add-driving-licence-check-code. 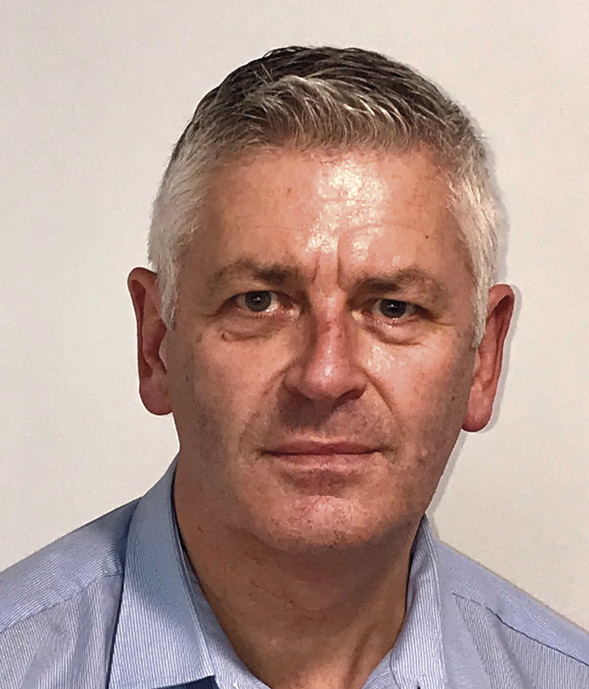 Neil Akass is a Service Designer at the UK’s Driver and Vehicle Licensing Agency (DVLA). He manages the agency’s suite of digital driving licensing enquiry service that provide drivers with an online facility to check their driving licence details and share that information with trusted third parties, and for those third parties to check those details for services like car hire and employment checks.