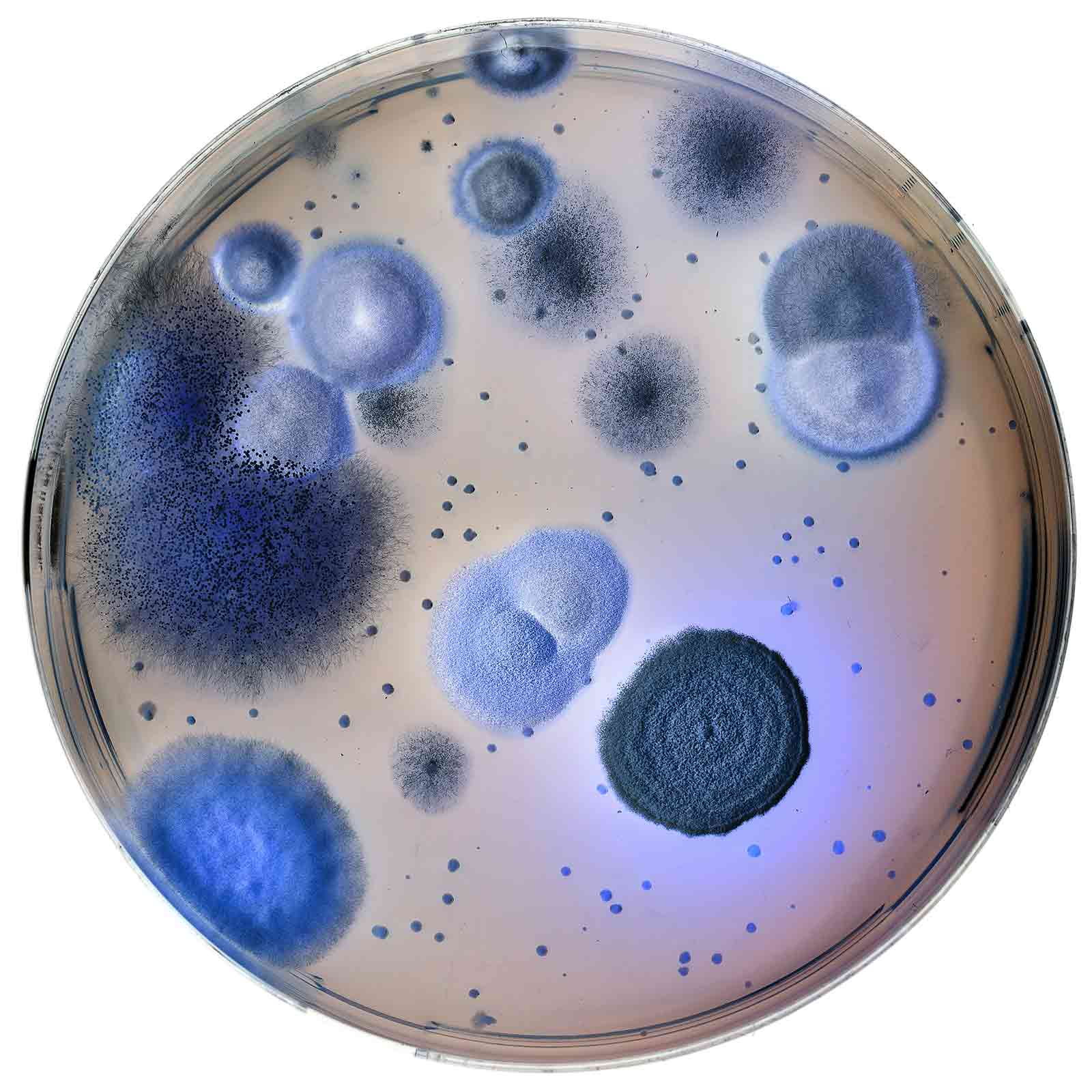 Let’s face it: money is dirty. As banknotes are passed from hand to hand, people are exchanging not only a form of payment, but also potentially harmful organisms. Scientists have raised the issue that currency notes can be vectors for the transmission of disease, as testing has detected a heterogeneous mixture of harmful fungi, bacteria, and viruses. Scientists have recently found 3,000 different types of bacteria on a single US dollar note, such as Escherichia coli and Staphylococcus aureus, which can cause a number of diseases.

Banknotes are the most frequently used form of currency worldwide. From beggars, butchers and bus drivers, money is constantly passed from hand to hand. It is estimated that in Switzerland, a highly developed country with a relatively small population of approx. 8 million, 20 to 100 million banknotes are exchanged daily. Projected on a worldwide scale, this implies that billions of banknotes change hands every day, with a higher frequency in underdeveloped and developing countries where most of the population does not have access to electronic payments.

Transmission of bacteria and viruses to human hands
Bacteria;  A 2013 study headed by Andreas Voss of Radboud University in Nijmegen (The Netherlands) indicated that bacteria from banknotes can transfer to humans.1 The scientists studied to what extent the Euro, Romanian Leu, and the US dollar could spread Escherichia coli or Staphylococcus aureus (commonly abbreviated E.coli and S.aureus) onto people’s skin by having volunteers with clean hands rub contaminated bills for 30 seconds, and then testing for the bacteria afterwards. These bacteria can cause diseases such as gastrointestinal infections, pneumonia, influenza and meningitis. “I was amazed to see that some of the currencies act like breeding grounds for bacteria while others seem to be auto‑sterilised,” said Andreas Voss.
People who handled Euros coated in E. coli were bacteria‑free, but those who handled the Leu obtained the bacteria on their skin. This was surprising, as the Romanian Leu is a polymer banknote which was created to be more bacterial‑resistant. Volunteers who handled US dollar notes laced with S. aureus also got the bacteria on their fingers.

Viruses; not only bacteria but also influenza viruses show an unexpected stability on non‑biological environments such as banknotes. In 2008, scientists at the Central Laboratory of Virology, University Hospital in Geneva, Switzerland assessed the survival of human influenza viruses on currency notes.2 Sterilised banknotes were experimentally contaminated with representative influenza virus subtypes at different concentrations. Their survival was tested after different time periods. Influenza A virus tested by cell culture survived up to three days when they were inoculated at high concentrations. The same inoculums in the presence of respiratory mucus showed a striking increase in survival time, up to 17 days. Similarly, B/Hong Kong/335/2001 virus was still infectious after one day when it was mixed with respiratory mucus.

Studies on the subject
Nigeria; many people die every year due to the transmission of diseases by different kinds of pathogenic micro-organisms. Scientists suspected that the use of currency notes could be one of the major sources of transmittance by providing a breeding ground (platform of growth) for harmful microbes. To test this hypothesis, 250 samples of Nigerian banknotes were collected from a variety of people – beggars, open-air market sellers, hawkers, bus drivers and bank tellers – in various locations in Nigeria: Aba, Onitsha, Enugu and Abakaliki.3
In January 2012 the banknotes were analysed for microbial contaminants. Harmful bacteria and fungi were found on the currency, in varying degrees of contamination. Strains of S. aureus and Streptococcus species were discovered, which can be responsible for infectious diseases such as scarlet fever and sore throat, as well as Streptococcus pneumoniae, which can cause death. Also isolated was E. coli, known to cause both life‑threatening epidemic gastroenteritis (especially in infants), and wound infections. This bacillus species is tolerant to extreme heat and dryness, and capable of surviving in the most difficult conditions.
The fungi on the analysed currency notes were identified as Aspergillus niger, Aspergillus flavus and Rhizopus species. Their spores are present in almost every environment and thrive on money, especially when it is kept in a humid environment. The Aspergillus species is a mould that can cause bronchial, pulmonary and skin problems. In AIDS patients the fungus invades all parts of the body, and can cause death. Although the Rhizopus species is not pathogenic, it may cause mucormycosis.

United States; a new study by New York University’s Center for Genomic and Systems Biology – of which the first results were published in April 2014 – confirms the importance of this subject. By analysing genetic material on USD 1 banknotes, the team, headed by Jane Carlton, director of genome sequencing at the centre, identified 3,000 types of bacteria including S.aureus, E.coli, Helicobacter pylori and Corynebacterium diphtheriae. She confirmed: “We actually found that microbes grow on money.”4

Economic prosperity; a strong correlation between the number of bacteria per square centimetre on a banknote and economic prosperity of a country was demonstrated by an Australian study in 2010.5 1,280 currency notes were obtained from food outlets in 10 different countries (Australia, Burkina Faso, China, Ireland, The Netherlands, New Zealand, Nigeria, Mexico, the United Kingdom and the United States), and their bacterial content was enumerated.
In comparison to other factors that appear to influence the number of microbes on banknotes, the strongest correlation was found in the ‘index of economic freedom’, indicating that the lower the index value, the higher the average bacterial contamination on the currency notes in circulation. Dangerous bacteria are prevalent in crowded living conditions with inadequate unsafe water supplies and sanitation and with a lack of access to healthcare. These conditions can often be found in poor countries where people living in these environments are more susceptible to deposit infectious organisms on currency notes. The Nigerian study3 revealed a significant association between fungal and bacterial contamination in banknotes and the conditions in which the people lived.

Climate and storage; climate and how the banknotes are stored and handled are factors that affect the spread of fungal spores on papers. Humidity is in most cases the key determinant through which these fungal spores can turn into active mould, especially when associated with body temperature or high outside temperature. Carrying money in a wallet is not a worldwide habitude. Many women in poor countries place banknotes underneath their brassieres, while men place theirs in socks or shoes. At first, mould leaves tiny spots on a banknote which can only be differentiated from normal soiling through laboratory analysis (see figure 1).

If a contaminated banknote is exposed to moisture for nine days, it can no longer be identified. Any longer, and the banknote can literally be destroyed. Forensic scientists of the German Bundesbank can confirm this only too well. During the floods in Bavaria and Eastern Germany in June 2013, hundreds of thousands of bills in vending machines, lockers and private vaults became wet. In order to refund the money, a race against time began, because after a short period of exposure to humidity the banknotes would begin to mould and rot.6

Age of the banknote; a banknote’s age is another influence on the disparity in the number of bacteria found on the various currency notes in various countries. It is normally difficult to determine the banknote’s production date, because most print works do not add dates or years when printing the notes. On examination of British banknotes, a team of scientists at the University of Ballarat in Australia were able to determine that there was a linear correlation between the age of the notes and the signs of wear (taken as folds or creases).5 It was observed that, on average, the number of folds increased by one per year in circulation. They also discovered that the number of folds on British currency was linked to logarithmic increase in average bacterial cells found per cm2. The correlation was true for notes up to five years of age.Human touch

Another aspect that affects micro-contamination is the fact that the banknotes are constantly handled by humans. Microbes make use of the waxy residue of skin and oils that notes build up in circulation. Studies3,7 have identified high-risk groups that are especially vulnerable to the transmission of diseases via banknotes.
These groups include:
• People working in the food industry.
• People handling a high amount of banknotes every day, for example bank tellers and cashiers.
• People having difficulties to keep the banknotes in hygienic conditions, for example beggars.

Winning the battle against microbes
There are ways to combat the growth of micro‑organisms on banknotes. One option is a reduced half‑life for banknotes via a regular money exchange. However, especially in poor countries, this is often difficult to achieve as banknotes remain very long in circulation without being returned to a bank in the meantime. More importantly, however, a regular money exchange causes extremely high costs for the bank. For example, the US Federal Reserve System is spending USD 826.7 million on new money in 2014 to make 7.8 billion banknotes.
The currency notes can be treated with highly efficient chemicals to protect them against mould, bacteria and viruses for their lifetime. Technologies are available to calculate the exact dosages for treatment of polymer‑based or cotton‑based notes. The chemicals can easily be applied at the paper mill or by a converter/printer during the production process.
Through close collaboration between central banks, banknote producers and anti‑microbial specialists, people worldwide could eventually be exchanging safer, longer life currency notes. This could be a viable safety measure to lower the risks of spreading harmful epidemics.

Conclusion
Currency is a medium of exchange for thousands of different microbes as banknotes pass from hand to hand. Various studies have proven that banknotes can transmit bacteria and viruses to humans. The degree of contamination depends on factors such as storage, climate, the age of the banknote and the economic prosperity of the country. In order to guarantee germ‑free bills, a close collaboration with the biocidal industry needs to be considered as this is currently the best and most viable option for efficient and long‑lasting treatment with little additional costs. 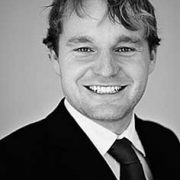 Marcus Riemann has a master’s degree from the University of Munich. He works as Sales Manager for INTACE SAS, a French chemical company specialising in the development and application of fungicides and anti-microbial products for the paper industry. INTACE has more than 30 years of experience with the banknote production process, including paper machine, coater and printing press applications. INTACE also assists central banks in defining and specifying the level of anti-fungal and anti-microbial protection for their banknotes.