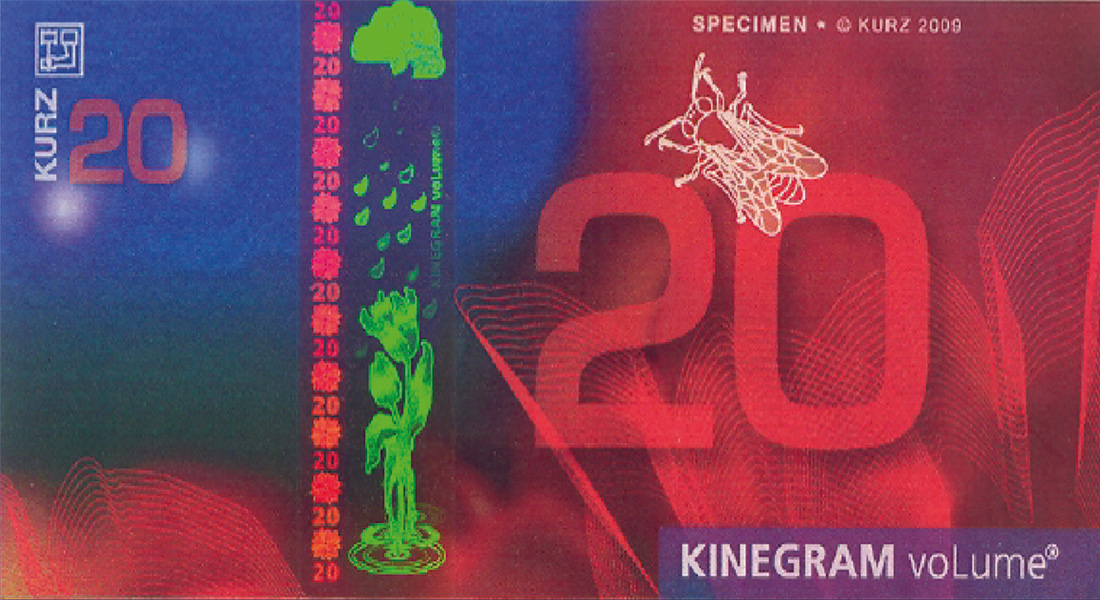 This article is based on the report “Ten-year Forecast of Disruptive Technologies in Security Printing” published by Pira International in August 2010. The report identifies innovations which will have an impact in a way that is discernibly disruptive, as opposed to technologies which simply bring about incremental changes within the security print industry. Based on extensive primary research and expert feedback from a panel of senior executives across the security industry, the study identifies the top 25 most significant technologies with respect to their disruptive potential and their likely evolution over the next ten years.

Some new authentication technologies may be ‘disruptive’ in a social sense: in that they affect the established way of life for consumers, for example, their attitudes to personal privacy and confidentiality, or their trust in a document or person. An innovative authentication device may be considered ‘disruptive’ to the status quo if it proves especially effective in stopping counterfeiting. There may be economic consequences that follow as a result of its success, for example, printers having to purchase additional equipment to apply it, paying a premium for material or gaining competitive advantage by having a patent on the process. However, all these economic factors ensue only after the innovation has shown itself to be effective.

Newer versus older technologies
In security printing, new technologies do not always displace the older ones; some authentication devices such as intaglio printing and watermarks have endured for literally hundreds of years. They often tend to extend the family of authentication features. A recent study by Hans de Heij of the Dutch Central Bank1 showed that there are typically more than 50 overt public security features. Some of the older features had more public recognition: the watermark attained 76% public recall, for example, followed by the hologram at 55%; for this reason the displacement of existing features is undertaken with great care.

The following commentary examines the significance of a range of the most tangible disruptive technologies selected from the list. Since visual perception is a primary indicator of document authenticity, visual effects or the facilitation of visual effects rank highly, but the evolution of documents into the electronic or virtual world also deserves consideration.

Photopolymer holograms
Photopolymer holograms are set to become a significant disruptive technology in security printing, not only because of the revolutionary advances in substrates and imaging capability but also because they will change the way people look at secure documents. Looking back, one of the most disruptive technologies in security printing over the past thirty years was the embossed rainbow hologram; introduced by American Banknote in the early 1980s on credit cards. This new medium became the dominant form of visual authentication for both brands and secure documents by the early 1990s, having displaced rival products such as Polaroid’s Polaproof. The introduction of holograms or more correctly Diffractive Optically Variable Image Devices (DOVIDs) onto banknotes was a more gradual process. Having first been introduced in 1989 it was not until the late 1990s that it showed truly disruptive potential, when the number of DOVIDs on banknotes went up 500% from 1997 to 2002. In the same time-frame however, the sales of Dot-Matrix systems for making digital holograms which could simulate sophisticated optical devices, such as the Kinegram®, became widespread and within five years the first high-quality counterfeit euro banknotes with Dot-Matrix generated fake DOVIDs appeared. This sparked off a race to develop new Optically Variable Devices (OVDs) that looked entirely different from embossed rainbow holograms.

Technology behind photopolymer holography
Photopolymer holography has undergone some dramatic changes since the original Lippmann type hologram. The principal difference between embossed DOVIDs and holograms recorded in photopolymer is the direction of the interference fringes. In an embossed grating or hologram, minute regular undulations in the surface diffract incident white light into the colours of the rainbow. The surface relief may be in the form of a sinusoidal cross-section, or a triangular ‘saw-tooth’ or a crenelated ‘top-hat’ profile, but they all have to be open structures, so that they can be replicated by embossing. Photopolymer holograms and gratings are typically recorded within the body of the material, so that the light-diffracting fringes are parallel to the surface, like pages in a closed book.
Unlike the silver-halide materials that were used in the 1980s and 1990s, which were essentially fine-grain photographic films and required wet chemical development, the new photopolymer materials can be optically exposed with the holographic image and stabilised with an exposure to ultra-violet light with no wet processing. Whereas silver halide film was thick and intractable, the new photopolymers can be used in the form of thin transfer foils that can be applied to documents as stripes, threads or patches. The potential for this type of hologram is significant in banknotes, travel documents and plastic cards. A sample banknote with two colour Kinegram voLume® stripe is shown in figure 1.

Moiré OVDs
Ranking third in the list are Moiré OVDs. These devices use micro-optics to create distinctive optical effects and the principle of moiré magnification to enlarge tiny graphics to make them visible to the naked eye. As well as an array of regular lines being used as the moiré overlay, an array of micro-lenses can be used to provide kinetic motion and two-dimensional movement. In fact micro-optical arrays, such as Crane Currency’s Unison® range of micro-optical devices (Motion®, Float®, Deep® and Levitate®), as well as Louisenthal’s Magic®, and OVD’s Kinegram® DynaMic use 2D moiré magnification to create the optical effect. These devices are very distinctive, as they create a counter-intuitive optical effect that moves in a direction that is at 90 degrees to the observer’s movement: tilting left-to-right causes the images shift up-and-down and tilting the device vertically causes the images to appear to move sideways.

Motion® (see figure 2) has arguably been the most disruptive innovation for banknotes since the turn of the century. It is anticipated that several new devices will appear over the next five years that are based on moiré magnification, especially in combination with surface-relief structures. Table 1 shows a Disruptive Technology Scorecard for Moiré OVDs.

Photonic ink
Photonic ink, or ‘P-Ink’, is one of the new and exciting options for colour displays for e-book readers and also for authentication devices. Unlike previous electronic inks that have had just two modes, typically black and white, P-inks can be tuned to make any tint of the rainbow, displaying bright iridescent colours like a butterfly’s wings. Typically, the ink contains spheres of silicon dioxide, a fraction of a micron in diameter, stacked like oranges on a greengrocer’s stall. When light bounces off these, interference eliminates some wavelengths, giving the reflected light only in a specific colour, which is dependent on the diameter of the sphere and the exact spacing between the stacks. The most interesting innovation has been to create dynamic stacks which can be actively tuned, so as to change the wavelength of the reflected light. For example, by placing the spheres in a gel which reacts to an applied voltage, one can cause the colours to shift in from blue to green and then to red as the voltage is increased and the spacing between the spheres is enlarged (see figure 3).

Digital fingerprinting and watermarking
The technologies of digital fingerprinting and digital watermarking are also significant in protecting digital products, such as software, music, games, movies, books and television. These are predicted to change the way digital products are used in the future and the relationships between consumers and brand owners, as products become increasingly ‘licensed’ rather than ‘owned’ outright. Rather than batches of products with an identity defined by a Universal Product Code (UPC), an increasing number of items will be individually identified and linked to a specific purchaser or user, as the structure of distribution changes and the physical world becomes increasingly mapped by the virtual world. This linking of items in the real world to their virtual counterparts will eventually extend to citizens and even to banknotes (see figure 4).

Technologies from inside the security industry

Technologies from inside the security industry include:
• Windows in paper substrates.
Developments in banknote substrates and in particular the use of windows formed or cut into paper are also predicted to be disruptive.
• Optically Variable Magnetic Inks
Optically variable inks (OVIs) have been a disruptive technology in banknote and government document printing for the last decade, but the availability of optically variable pigments in commercial products has detracted from their use in security. The innovation of optically variable magnetic inks (OVMIs) is predicted to extend the usefulness of OVI as a high-security product.
• Zero-Order Diffraction devices / polarisation OVDs
Other new OVDs for banknotes include zero-order diffraction devices (ZODs) and polarisation OVDs (POVIDs); the former offers a simple unambiguous feature and the latter offers both overt and covert security.
• Laser ablation features
Laser engraving and laser ablation are now important methods for marking documents and for creating OVDs by optical imprinting. 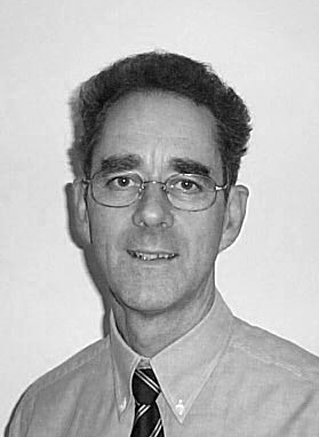 Michael Chamberlain joined Pira International in 1989 as Head of Technical Investigations Printing and Paper Technology and is currently responsible for Pira’s testing and consultancy in the field of document security and brand protection. Michael also serves on the ISO committee ISO/IEC/SC17/WG1 (Card durability)