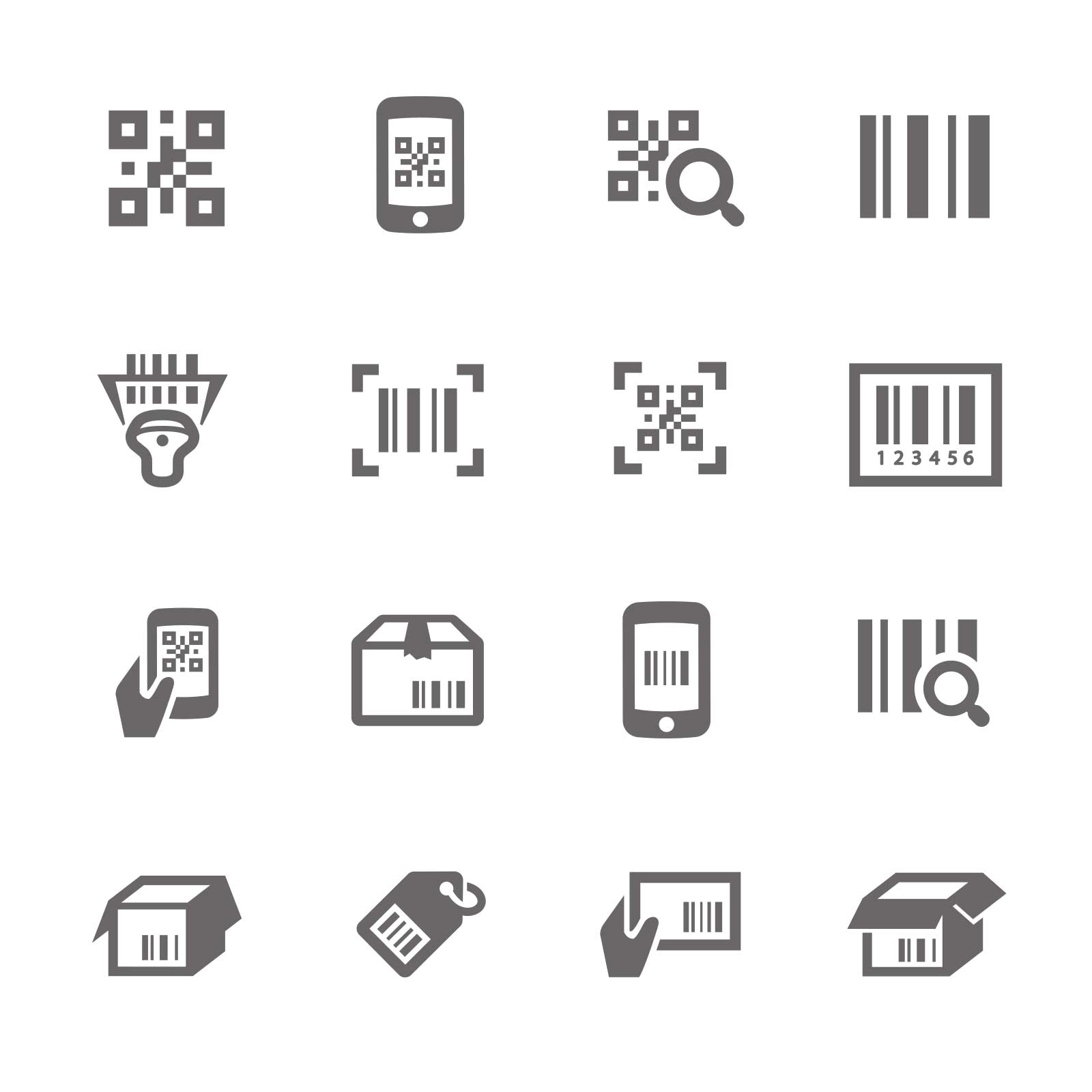 Direct‑write printing is a relatively recent digital printing method that uses a computer controlled translation stage, which moves an ink nozzle to form 2D or 3D materials. As there are clear advantages to the direct‑write techniques, there has been a great deal of interest in these printing methods for a wide variety of applications. Only recently have security printing applications emerged using this technology. In this article, Jeevan Meruga et al. demonstrate the direct-write printing on pharmaceutical tablets, paper documents and historical artefacts.

The direct‑write technology is about 15 years old, and uses a computer controlled translation stage, which moves an ink nozzle to form 2D or 3D materials.1 Some of the attributes of direct‑write techniques include ink/materials flexibility, low cost and the ability to produce complex architectures on a wide variety of substrates.2, 3, 4 There has been a great deal of interest in these methods for a wide variety of applications, including printed electronics and biomedicine,1, 2, 4 but only recently the technology is emerging in security printing applications. The inks that are used can either be downconverting or upconverting inks.First, a number of ink properties are discussed, and then direct‑write printing of simple to complex security features is demonstrated on pharmaceutical tablets, paper documents and historical artefacts using a wide range of security‑based inks. The experimental procedure is discussed at the end of this article.

Downconverting inks
Downconverting inks are invisible until they are exposed to ultraviolet (UV) light where they will fluoresce and emit a wavelength (colour) in the visible part of the optical spectrum. As this wavelength is at a lower frequency than the UV light source, downconversion is taking place.5

Characterisation of the downconverting ink
Figure 1a shows the red fluorescein powder produced from the synthetic process mentioned in the experimen-tal procedure at the end of this article. When mixed in a 1:1 (v/v) methanol:water solvent, the dye appeared yellow‑green, as shown in Figure 1b, and fluoresces bright green under long‑wavelength UV excitation as shown in Figure 1c. The fluorescein excitation and emission spectra were recorded to determine the excitation and emission maxima at 448 nm and 519 nm, respectively. The excitation‑emission maxima are similar to the values reported by Bennett (2001) (excitation at 480 nm and emission peak at 525 nm),6 with the deviation likely due to variations in the solvent nature.

A quick response (QR) code (size 4×4 mm and thick-ness ~1 µm) was printed on an ibuprofen tablet with the fluorescein ink using the aerosol jet printer. The printed QR code was covert under ambient lighting, as shown in Figure 2a, but luminesced green when excited with long‑wavelength UV light (see Figure 2b). The luminescent QR code was readable with a smartphone QR reader app used to directly open a desired webpage URL. Approximately 0.1 mL of ink is consumed in printing a QR code of 4×4 mm size.

Masked fluorescein ink
Another approach to produce covert/semi‑covert print-ing on pharmaceutics was tested by printing a visible design on a pharmaceutical tablet using a coloured ink combined with a downconverting ink. For demonstration purposes, blue food colouring was used. Blue food colouring does not fluoresce under long‑wavelength UV irradiation, but the addition of fluorescein to the ink produces a fluorescent signature under the UV light.

We attribute the difference in brightness to the reflectance properties of the tablet. QR codes that change colour under UV may be applied as a security feature in track‑and‑trace applications of consumer goods.7
This research demonstrates that the fluorescein ink can be printed as an overt/covert security feature on pharmaceutical tablets, capsules and many other edibles.

Optically variable silver ink with embedded security features
A 1.8×1.8 cm square pattern was printed on a business card with optically variable silver ink. The ink compo-sition is 1 wt% of silver nanoparticles (NPs) and poly-(methyl methacrylate) (PMMA) in 90:10 v/v toluene/methyl benzoate solution. The silver NPs printed on the substrate undergo a spontaneous phase‑separation from the PMMA during solvent evaporation. The small size of the NPs, coupled with their non‑polar capping agent allows this phase separation resulting in the formation of a thin film of silver NPs on top of the PMMA film. The thin silver film gives the printing an optically variable nature. The print appears brownish in colour when viewed perpendicular to the plane of printing and reflects like a (bluish) mirror when viewed at an acute angle. The silver NPs that remained in the PMMA layer appear as brown and the silver NPs film on the surface of the PMMA gives the mirror effect.8

A QR code (size 1.5×1.5 cm) was printed on the optically variable silver pattern with ink comprised of 70:30 v/v toluene/methyl benzoate. The toluene/methyl benzoate solution dissolves the surface silver NPs (responsible for the OV nature) back into the PMMA layer, resulting in a QR code pattern that is visible and readable using a smartphone app when viewed at acute angles, as shown in Figure 4.

The business card shown in Figure 4 was laminated to protect the optically variable QR code. This offers multiple levels of security by embedding the QR codes, microtexts, macrotexts or logos of the optically variable patterns. The OV silver ink patterns that are embedded with additional security features, can be used on critical documents, such as passports, identity cards and credit cards.

Upconverting inks
Upconverting inks are invisible until they are exposed to IR (infrared) light where they will fluoresce and emit a wavelength (colour) in the visible part of the optical spectrum. As this wavelength is at a higher frequency than the IR light source, upconversion (UC) is taking place.5

UCNP inks on a variety of substrates
UCNP inks (upconversion nanoparticles) were printed on a variety of substrates including a Bayer aspirin tablet and a turkey feather. The upconverted images were excited using a NIR laser and are shown in Figure 5. These images help display the flexibility that direct‑write printing offers. The turkey feather was chosen as a substrate to demonstrate the robustness of the ink formulation and printing technique. Images in Figure 5a and 5b follow the previous discussion con-cerning the need for track-and-trace of pharmaceuticals.

RGB UCNP ink CIE comparison with established models
The colours of the RGB UCNP inks can be quantitatively characterised using the 1931 CIE chromaticity diagram. A multicolour QR code that displays the word ‘Keesing’ when scanned with a smartphone is shown in Figure 6a. The CIE coordinates of RGB UC colours in Figure 6a were obtained from a corrected emission spectrum using a three‑standard observer function. The CIE colour space shown in Figure 6b compares the colours that can be covered with RGB UCNP inks to other established models such as Adobe and sRGB (standard RGB colour space used in monitors by HP and Microsoft). This shows the number of colours that can be produced using different combinations of RGB UC inks compared with well‑established colour models. This enables the printing of security features that are difficult to counter-feit,9 for example multicoloured covert QR codes for high payload capacity and enhanced security.10
The research demonstrates that the RGB UCNP inks can be printed as covert security features on many substrates including security documents, such as banknotes and passports, and historical artefacts, such as paintings.

General printing procedure using a direct‑write, aerosol jet printer
The fluorescein inks, masked fluorescein inks, OV silver inks and UC inks were printed on a variety of substrates using the direct‑write, aerosol jet printer. For all the inks, different AutoCAD patterns that act as tool paths for the printer were designed. Ink (1‑2 mL) was added to a glass vial, atomised, delivered to the nozzle of the printer, and deposited on the substrate. Printer para-meters were controlled using the software interface to produce line widths as small as 25 µm. High‑resolution patterns were achieved by optimising the printing parameters of the printer. The substrates used include a) an Equate® 200 mg ibuprofen tablet, b) a Motrin® PM tablet, c) a Bayer aspirin tablet, d) a plain paper business card, e) high bond paper and f) a turkey feather.

Conclusion
A variety of innovative security printing applications using direct‑write printing have been demonstrated. Specifically, fluorescein ink formulation, masking of the fluorescein ink, OV silver ink and RGB UCNP inks were used to print security features.
It was demonstrated that the edible fluorescein ink can serve as overt/covert ink that produces security features, for example, QR codes loaded with information about the manufacturer, expiration date and the potential side effects of that individual tablet or capsule. Also, masking the fluorescein patterns with food colour can be used as a technique to convert the overt patterns to semi‑overt/covert security features.
The OV silver inks patterns can be embedded with additional security features, such as QR codes, logos and microtext. These security features can be used on passports, identity cards and credit cards.
The RGB UCNP inks that were used can be printed on important security documents including banknotes, identity cards and passports. Precise amounts of the RGB UCNP ink combinations were used to get a particu-lar colour in the CIE chromaticity mapping, which is very hard to replicate, and adds an additional layer of security. The direct‑write printing of the RGB UCNP features can also be printed on non‑conventional surfaces, such as feathers and other artefacts.
In summary, these results show the flexibility and potential of direct‑write printing in developing a wide range of security printing applications. We believe that the proposed materials and methods have the potential for adoption by the document security industry.
Acknowledgements
This material is based upon work supported by
the National Science Foundation/EPSCoR Grant No. 0903804/REU, and by the state of South Dakota. Additional support was provided by the National Aeronautics and Space Administration (Cooperative Agreement Number: NNX10AN34A). Instruments used for TEM and XRD measurements were obtained through NSF grants CHE 0840507 and CHE 0722632. 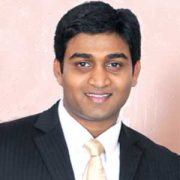 Dr. Jeevan M. Meruga is a postdoctoral researcher at the Department of Materials and Metallurgical Engineering at the South Dakota School of Mines and Technology