Keesing Platform
Home Premium DICE – the banknote of the future 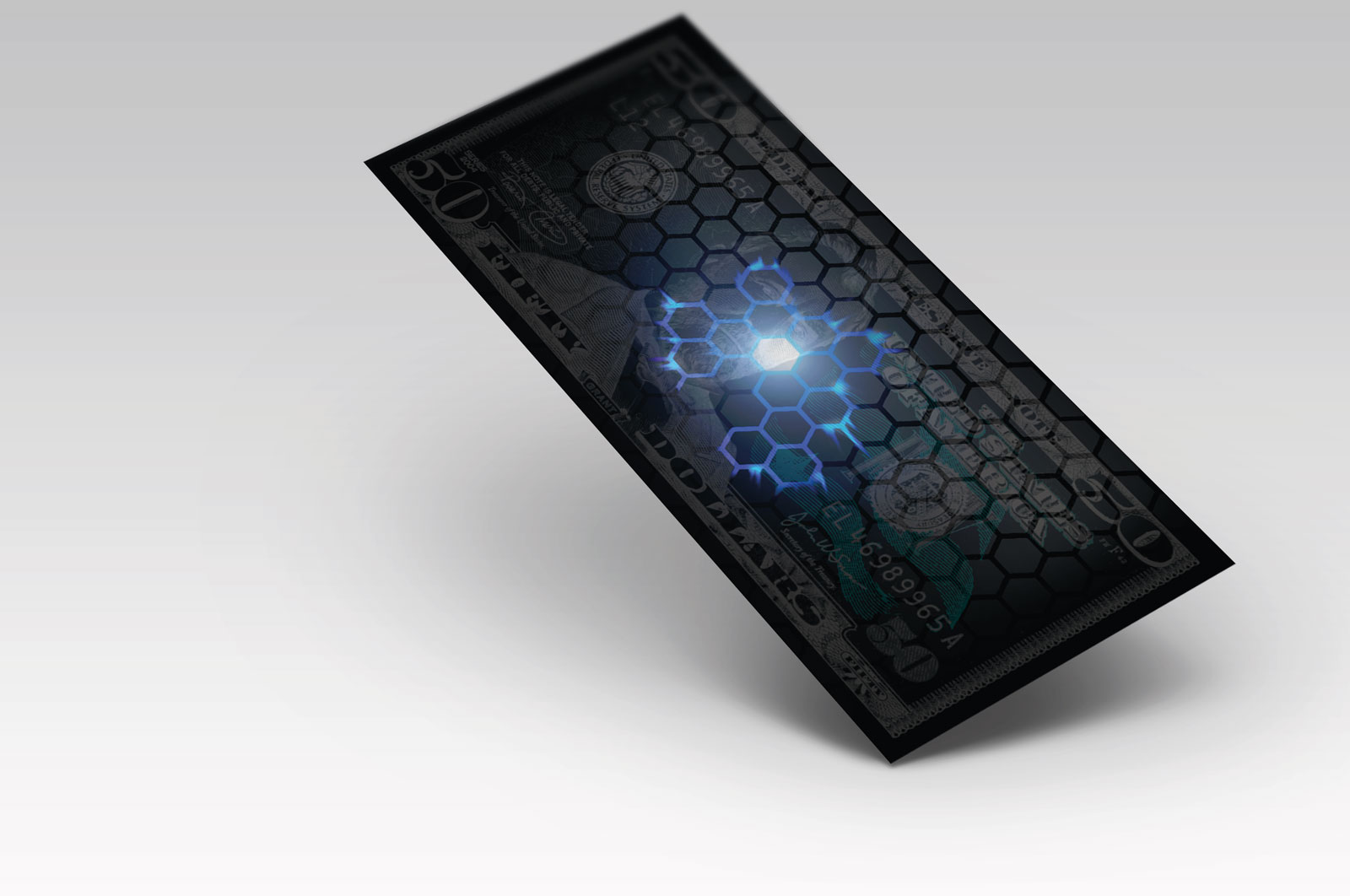 Since time immemorial, cash has determined our social and economic life, with all its related risks and problems, such as enabling crime. Apart from the perpetual counterfeiting of money, which concerns nearly every country and currency system nowadays, bank robberies and other money thefts are another problem which we still haven’t been able to solve. The innovation that represents a security system based on artificial intelligence (AI) was developed in order to not only circumvent all security-relevant complications of contemporary cash, but to systematically solve them.

Developed by the German-Austrian AI-specialised company EDAQS, the Dynamic Intelligent Currency Encryption, also known as DICE, is a high-tech achievement that guarantees banknotes and other securities safe from forgery. It not only produces anti-counterfeit bills but provides for the first time in the history of cash an insurmountable protection.
The basic concept is set to offer an opportunity for a global change that will solve the countless conventional problems with one single but well-grounded system. One of the main goals of DICE is that the whole banking and retail sector, as well as all entities with regular cash circulation will participate in this passively controlled cash system. Furthermore, the DICE procedure is meant to offer all benefits of a cashless economy, while driving down the global crime of violently obtaining cash.
While the trend has shown that national banks are also favouring a cashless economy due to cash control analyses, this hybrid-banknote solution would indeed allow central and national banks to supervise and analyse the entire registered cash circulation without interfering with the citizen’s privacy rights. Such circulation data would open a wide range of new development models not only for the governments and national banks, but also for companies within the security industry.

The effective DICE system
DICE consists of a sophisticated composition that connects the advantages of different technologies and incorporates them in an encompassing level of security. Initiated by an identifiable DICE banknote, the proper identification is currently realised by but not restricted to three different types:a secure small RFID chip, such as the DataTraceRFIT chip, that makes the banknote unforgeable;
and / or

The main purpose is to identify the banknote with either one of these identifying properties or a smart combination of it. The DICE basic structure is shown above. Once identified, the DICE system checks the validity of the banknote via the reading device (DICE cloud) and a centralised registration system (CEDIRE). A security unit (DASU) checks whether the system functions properly, but also manages invalid banknotes and observes suspicious activities. If a DICE banknote falls through the system, the Remote Note Devaluation mechanism (RENODE) initiates the immediate remote devaluation.

The banknote of the future and the RFID chip
The use of RFID technology for the DICE system provides a higher security level than covert machine readable codes or serial numbers that can be easily counter-feited. Until now, the limiting factor in the use of RFID technology on banknotes has predominantly been the size of the antenna, which can be damaged if not treated carefully. In addition, because standard RFIDs can be bought off-the-shelf and are easy to locate on the banknote, they are perfectly suited to be counterfeited.
The DataTraceRFIT has been specifically designed for RFID application where miniature size and high security are crucial. The inlay is the smallest On Chip Antenna (OCA) UHF RFID tag in the world; so small it is in effect a covert or invisible RFID. The miniature size is perfectly suited for paper currencies, as the chip will not be damaged by any harsh handling in daily use. With an overall size of only 0.45mm x 0.45mm x 0.2mm, the patented technology places the antenna directly onto the chip silicon.
Every other aspect of the RFIT chip conforms to Electronic Product Code (EPC) Class 1, Gen2 ISO 18000-6C. As both the EPC and Data areas are programmable, the DataTraceRFIT inlay offers individualised secure electronic tracking. Requiring a specially designed Near Field Antenna (NFA) to activate the passive UHF DataTraceRFIT tag, the read range is limited up to 3mm, which in itself provides a security feature when compared to standard RFID tags. As an additional level of security, a normal UHF RFID reader is not able to activate and read the tag.

RENODE: an AI-supported mechanism
RENODE stands for Remote Note Devaluation and is an intelligent mechanism that automatically devalues those DICE banknotes that could be subject to crime.
This way, the incentive to commit cashrelated crimes is removed. As the primary
tool to fight crime, the remote-controlled devaluation of stolen or illegitimate banknotes that were obtained for example in a bank robbery or similar crimes against businesses (for example, a robbery of a trading company or even a taxi driver) is at the heart of the system’s structure. This measure of retroactive devaluation is triggered whenever DICE banknotes don’t pass the different pattern-of-behaviour checked by the DICE security system. After the devaluation, banknotes will not pass authentication at the connected DICE clouds.
The different scenarios for using the DICE system show that RENODE would have a long-term and very positive effect on all cash-related interactions and all types of industry. Several prognostic studies made on the premise of the official crime statistics for Germany released by the police (5.96 million offences in 2013[1]), have shown that the effects of the RENODE mechanism with regard to robberies of cash could reduce the general level of crime by approximately 25%.

Effects, costs and risks
The positive effects of the DICE system will be far-reaching and may help the whole economy. Crime involving the violent appropriation of cash would be reduced to a minimum with the introduction of DICE. However, the system mainly offers substantial advan-tages to international banking, ranging from a digital and automated bookkeeping system to total protection in the case of bank robberies or cash transfers. No one would attack a bank or a money van if the loot would get devalued immediately after. This would mean that these types of crime would generally not yield any results and would therefore decline in numbers.
By using DICE, banks and other risk groups will also benefit from massive savings regarding the security staff. These advantages obviously apply to the economy as a whole and to any place where money plays an important role. But also for private individuals a lot would change. Robberies directed at cash machines would soon be a thing of the past if the emitted DICE banknotes would be attributed to the owner of the card. The DICE technology is so far without any competition in this way of digital hybridisation of cash.
In the digital age we live in, cash is directly confronted by technological progress with crypt currencies, such as BitCoin and contactless payment methods, such as Apple Pay, Google Wallet and QuickPay. Implementing DICE would provide advantages against these emerging methods of cashless payment in all respects and, once citizens start to accept the system, could take positive developments further along concepts already developed.

Costs
The additional costs for a DICE banknote are around 20% on average and would not be relevant in com-parison with the advantages of an introduction. Further-more, the ultimate projection of development costs for the DICE system are generally limited and are in no relation to the benefits and the continuing costs of the current system, that are caused, for example, by the recent security-related exchange of the EUR 10 banknote.

Risks
The risks posed by DICE for an existing and traditional currency system would be vanishingly low due to a risk-related approach of the development plan. The DICE procedure was designed in a way that even a total blackout of the system would not interfere with cash circulation. Currently, potential sources of errors in the hardware and technology are taken into consideration and studied intensively with several development partners.

Why do we need DICE? A conclusive outlook
DICE does not only improve cash circulation, but
also people’s quality of life. In the long term, it is unavoidable that banknotes become digital hybrids
in the future. Consequently, the advantages of an application of such an advanced hybrid security system that builds on artificial intelligence are countless and some of them should be addressed.
Considering that the counterfeited value of a DICE banknote could be higher than the production costs and that counterfeiters would have to undergo immeasurable efforts, it is a matter of logical conse-quence that the counterfeiting of banknotes would be a thing of the past. Furthermore, even a restricted or limited use of the system within the retail economy would increase the risk of an inefficacious robbery, making cash-related robberies less attractive. This would result in an effective combat of crime with an estimated cash-related crime reduction of 25% or more.
These numbers exclude the diminution of blackmail, as well as the new opportunities for the fight against terrorism, which comes in with a remote deactivation of banknotes. If we consider the recent and impressive bank robbery of the Iraqi central bank in Mosul by the Islamic State in June 2014 with a USD 429 million cash looting,[2] the application of the DICE system appears to be a legit and sustainable prevention to finance terrorism on a global level. At the same time, it would also make cash and handling of illegal funds risky for criminal organisations. The ever-present possibility of the looted money being devalued later and the potential of determining the geo-graphical position of a banknote through an AI-assisted system, would turn cash into an unin-teresting instrument.
While it is obviously impossible to predict the evasive development of crime as a consequence to these changes, the system still provides a protective but passive mechanism that has a preventive effect on the users’ security without impairing the privacy, even though it gathers valuable and important geographical cash circulation data. During this process, the active users of the system, such as retailers and banks, would also profit from automated bookkeeping, which could result in higher tax revenues due to the complications that arise in handling illicit money. Another core reason to introduce the DICE banknote for our cash systems is the ongoing government trend of supporting a cashless economy. With DICE, we would use a cash system that offers all the positive benefits of a digital cash system without being fully state-controlled.
Today, DICE is still undergoing in-depth research, including consistent development on both a techno-logical and AI level. Nevertheless, we could be only a few years away from solving all security-related complications of cash systems.

The banknote of the future and the RFID chip was co-authored by Tom Gunthorpe, DataTraceID Pty Ltd. 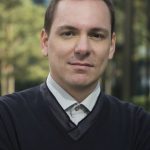 Daryl de Jorí is the Founder and Head of New Technologies of EDAQS Ltd. By combining high-tech security with AI-assisted systems, he has created a new era of hybrid banknotes with DICE. As a leading high-tech company in scientific quantifications and Artificial Intelligence, EDAQS stands for trans­parency and security by offering a number of intelligent instruments and innovative technolo­gies to industry leaders and government authorities.