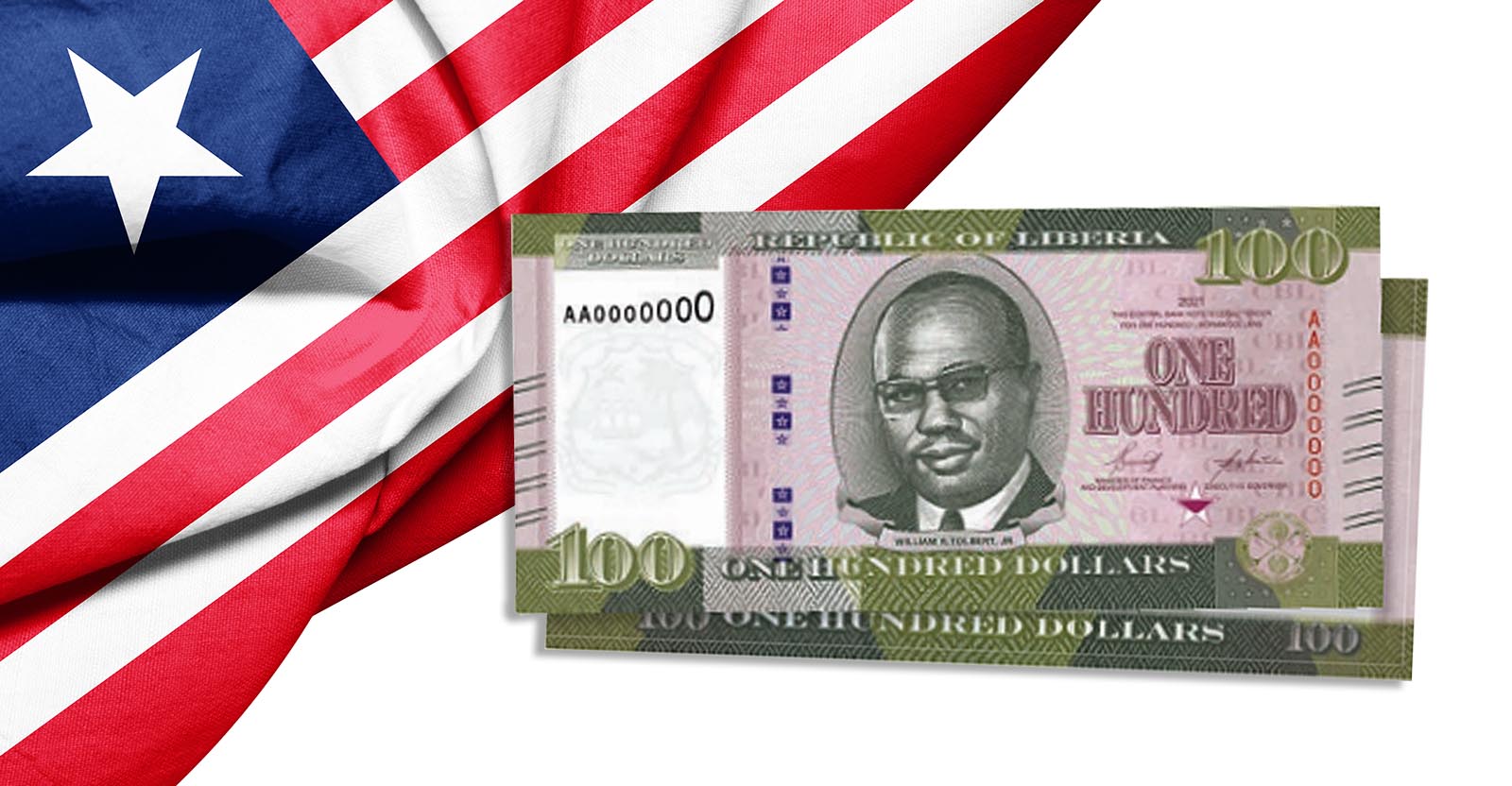 Front Page Africa says the new note, produced by Crane, is similar in appearance to the old version, but with modifications to ensure that the new bank notes meet international best standards in terms of design and security features.

The L$100 note is printed on paper and measures 133 x 66 mm. A see-through register (a star) makes the note difficult to duplicate.

The front side of the note features the portrait of Liberia’s 19th president, William R. Tolbert Jr. Security features (which also appeared on the previous version) include:

The reverse side of the note features the seal of the Central Bank of Liberia and an image of a typical Liberian businesswoman with her child in the market.

Gradual transition to the new currency

According to Banknote News, the introduction of the new currency will be done in accordance with the Implementation Plan of the Currency Changeover developed in consultation with the International Monetary Fund, to ensure a gradual, smooth, and transparent process.

Old banknotes will continue to circulate for the time being. From 2022 through 2024, the country’s banking system will gradually withdraw the old notes from circulation.