On the occasion of the 60th anniversary of the first written constitution of the Cayman Islands, the government issued a commemorative banknote.

Cayman News Service reports the new bill was unveiled during the celebration of the National Heroes’ Day.

The note is a modified version of the current “D” series, with the Celebrate Cayman logo to the left of the Coat of Arms.

“We went on a trip in 2018 to celebrate Cayman in accordance with the 60th anniversary of our weapon and our constitution,” said Prime Minister Alden McLaughlin.

“On Monday we honoured our heroes and the men who recognised the need for Cayman’s own written constitution and took the necessary steps to get the document approved by the Queen.”

“I think it is appropriate that we have a banknote that commemorates their work and the constitution, the basis on which our democracy is built and the ultimate embodiment of the rule of law in the Cayman Islands,” he added.

The commemorative banknote issued by the Cayman Islands Monetary Authority (CIMA), has the same colour and design as the existing one, but has four differences in addition to the Celebrate Cayman logo:

According to Cayman News Service the commemorative banknote is available from CIMA’s Currency Division on the Ground Floor of the Government Administration Building.

The banknote has the same face value ($1.00) and is in circulation this week. 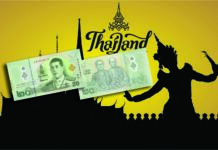 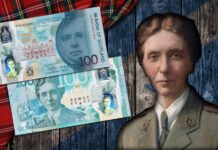