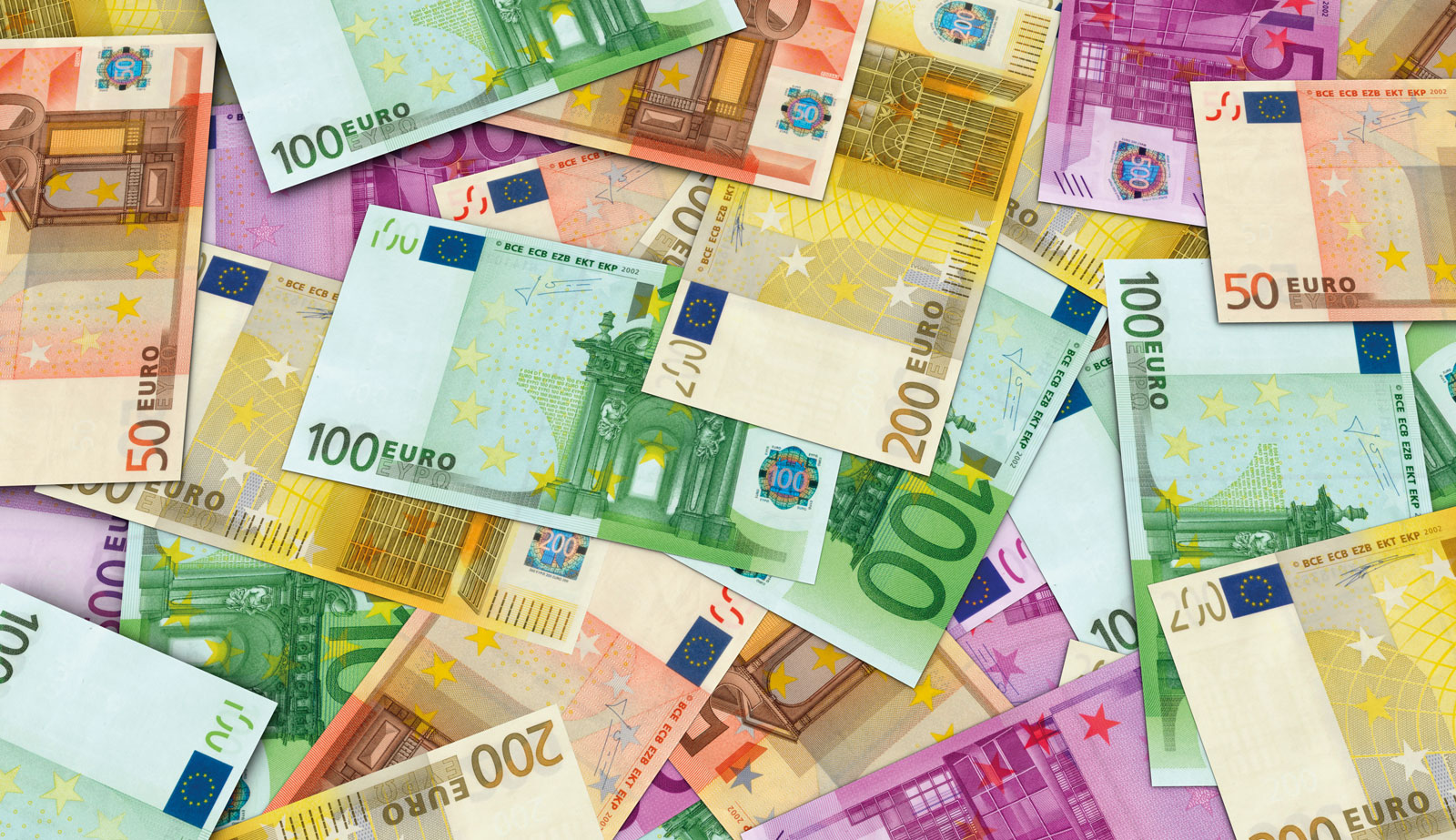 Cashless transactions are on the rise – let there be no doubt about that. Is this increase in electronic transactions a sign that we are moving towards cashless or ‘less cash’ societies? Or is there still a demand for cash in day-to-day life? To answer these questions, we will first look at how cashless transactions and cash use compare in EU countries by analysing European Union payment statistics. Then we will look at one of the drivers behind the early adoption and success of contactless transactions in the United Kingdom: public transport. Finally, we will analyse some cash-related facts and figures after which we draw our conclusions.

Every year the European Central Bank (ECB) updates its data warehouse with statistics on cashless trans­actions.[1] Figure 1 shows the number of cashless translations for the years 2012 until 2016.

In 2016, almost 122 billion cashless transactions were completed within the European Union, compared to 94 billion in 2012 – a compound annual growth rate (CAGR) of 6.6%. The bulk of these transactions were made by credit transfer, direct debit and payment card. Credit transfers, with almost 31 billion transactions in 2016, accounted for 25% of the total in the European Union whilst direct debits, with almost 25 billion trans­actions accounted for 20%. Credit transfers grew at a CAGR of 4.6%, whilst direct debits grew at an annual rate of 2.0%. There was a gradual decline in the use of cheques while the use of electronic money (e-Money) and other payment methods – although still relatively insignificant – doubled in those same five years.

E-Money is defined by the ECB as a monetary value, represented by a claim on the issuer, which is stored on an electronic device (for example a card or computer); that is issued upon receipt of funds in an amount not less in value than the monetary value received; and is accepted as a means of payment by undertakings other than the issuer, whilst ‘other’ includes mainly specific local instruments, mostly not standardised across the EU. As e-Money includes all PayPal transactions, this also explains why almost all e-Money transactions stem from Luxembourg as that is the country where PayPal is domiciled. In fact, also requiring PayPal to report transactions leads to some form of double counting, because in the case of PayPal – and most staged wallet solutions – a transaction takes place in two stages: the transaction itself (reported as an e-Money transaction) and the funding of the transaction (which could be with a card transaction, direct debit or a credit transfer, which are also reported there). This inflates the number of cashless transactions.

Finally, cards are a clear winner in the European Union as the bulk (49%) of cashless transactions, or almost 60 billion in 2016, were made with cards. With a CAGR of 10.7% since 2012, it is fair to expect that cards will remain the most popular cashless payment method within the European Union. Cards are also the most practical cashless payment product that people can use for their daily expenses in the physical world, and therefore still the favourite alternative to cash. Part of the success of card transactions can be attributed to the introduction of the contactless payment func­tionality on payment cards – the next section of this article will focus on the development of contactless card payments in the UK.

Since Transport for London (TfL), the owner of the public transport system in London, introduced the Oyster card in 2003, commuters on the TfL network have been able to pay for their journeys using contactless technology. Oyster is a plastic smart card which can hold a prepaid balance to pay for single journeys, but it can also store various season tickets. The Oyster card quickly gained popularity as it became the cheapest way to pay for travel, and can nowadays be used on the whole TfL network. On 16 September 2014 TfL also opened up the Oyster network to contactless payment cards. Further growth of the Oyster network and system improvements turned the card into a success story for TfL. It is fair to say that TfL kick-started contactless payments in London and the UK with their introduction of the Oyster card. Figure 2 shows this development. In April 2017, almost 40% of all pay-as-you-go journeys were paid with contactless transactions.

Please note there is a slight difference in the reporting periods between TfL (four-week periods) and UK finance (months) but that for purposes of this article most matching periods have been compared like for like.

The uptake of contactless transactions was driven by ‘seeing is doing’ and convenience. Awareness was increased by widespread signposting in stores. Education of sales staff also helped promote the new payment system. Another factor was the proliferation of self-service tills at supermarkets. Watching other customers use this fast new payment method was an important source of social proof. As explained earlier, TfL’s early success with contactless transactions spurred expansion in the rest of the country.

As merchants also play a role in the uptake of a new technology, scrapping merchant fees on low-value transactions was another important driver for contact­less adoption. Large retailers also saw the competitive advantage in early adoption of contactless payments. Stores are more interested in reducing check-out times and in customer preference than in the cost of pay­ments. When it comes to payment methods, they respond to consumer demand. If the store next door accepts contactless payments and your store does not, you might lose that sale.

Do the trends we have just observed mean that the use of cash is coming to an end? Some voices are predicting this, but if we look at the data, there may be a future demand for cash as well.

This figure shows that the EUR 50 note has the highest circulation figure, followed by the EUR 20 note – both have seen an increase in volume since their introduc­tion. The volume of EUR 100 notes in circulation has also grown, whilst the volume of other denominations has remained more stable over time.

In terms of the value that these notes in circulation represent, the picture looks a bit different, as can be observed in Figure 4.

From these ECB statistics on euro banknotes it can be concluded that, despite the growth in the number of cashless transactions, the demand for euro banknotes is still increasing. Although the analysis here has been limited to euro banknotes, a similar trend can be observed in the United Kingdom. In Sweden, however, the trend is the other way around.

Differences within the euro area

The ECB figures mentioned before are wholesale figures and do not necessary reflect consumer demand for banknotes. In order to assess how consumers tend to use cash compared to cards, Figure 5 was created based on ECB data.

The horizontal axis shows the total annual amount spent with cards per inhabitant at points of sale (POS), while the vertical axis shows the total amount with­drawn from ATMs. Each country is plotted on the relevant cross-section of these two amounts. Averages for the European Union and the euro area are plotted as well. The average EU citizen withdraws EUR 2,946 from ATMs over a year, whilst during the same period they use their cards to pay for EUR 4,335 worth of goods at points of sale. If we draw a diagonal through the points where both amounts are equal, we meet the countries where consumers withdraw as much cash from ATMs as they spend with cards at points of sale. Left of this axis we find the cash-oriented countries, whilst the relatively ‘cash-averse’ ones are on the right. The UK and Sweden can be considered relatively cashless whilst consumers in Austria and Germany still withdraw more cash than they spend using their cards.

One caveat that needs to be mentioned is that there are no data for cash withdrawn over the counter in branches, so these withdrawals were omitted. Denmark and Cyprus were also omitted from this graph.

Figure 6 contains the same information as Figure 5, but this time for the European Union as a whole and for the euro area. The POS spend vs. ATM withdrawal coordinates have been plotted over the past five years.

The gradual increase in card use is shown by a move­ment to the right. However, the graph also shows an upward trend reflecting an increase in consumer demand for cash.

In 2017, the ECB released a survey on the use of cash in euro area households.[4] At that point, euro bank­notes and coins had been in circulation for fifteen years, but according to the abstract of the study not much was known about the actual use of cash by households. Therefore, the paper presents an estimate of the number and value of cash transactions in all
19 euro area countries in 2016, based on survey results (for France and Germany, data from other years were used). It contains an extensive description of how euro area consumers pay at points of sale. The aim of this study was to shed light on consumer payment behaviour and in particular to improve the understanding of their payment preferences at POS, based on a large sample of countries.

The ECB paper is the first study to measure the demand for cash transactions in the euro area. The results show that in 2016 around 79% of all payments at POS were made in cash, 19% with cards and 2% using other methods of payment. In terms of value, their market share was 54% for cash, 39% for cards and 7% for other methods of payment. However, results show substantial differences between euro area countries as can be observed in Figure 7.

After analysing the data presented in this article, four main conclusions can be drawn:

The author would like to thank Leonor Machado, Guillaume Lepecq and James Pieper for kindly reviewing this article.

The views and opinions expressed in this article are those of the author and do not necessarily reflect the official policy or position of the WSBI, ESBG or its members. 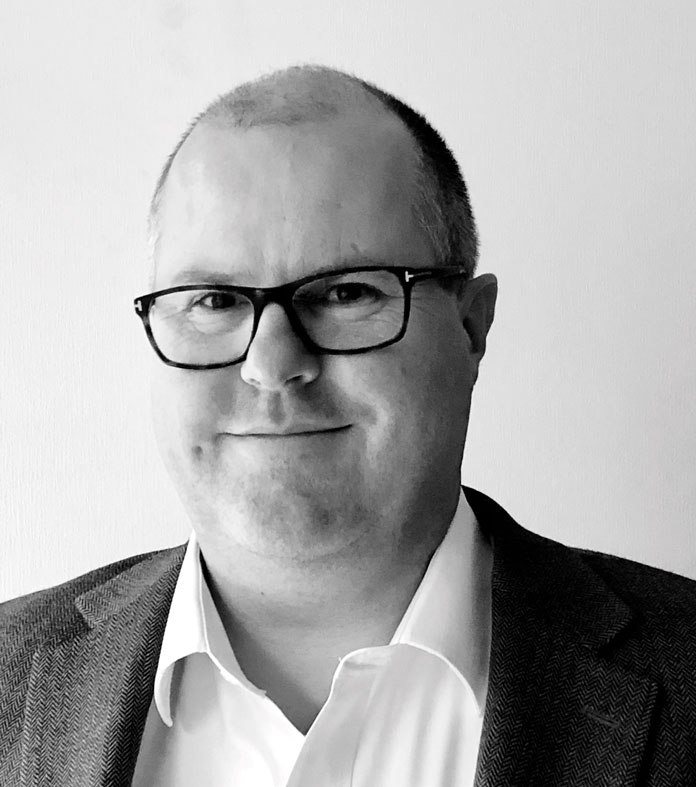 Diederik Bruggink works at the European Savings and Retail Banking Group and at the World Savings and Retail Banking Institute, where he is responsible for all pay­ments topics worldwide. In that role, he analyses the multiple dimensions of the payments market, proposing and assisting in agreeing the members’ positions with respect to their payments busi­nesses. He also advocates the associations’ posi­tions on payments with policymakers, regulators, standardisation bodies and industry associa­tions, enabling a constant member dialogue on developments, with a particular focus on innovation.