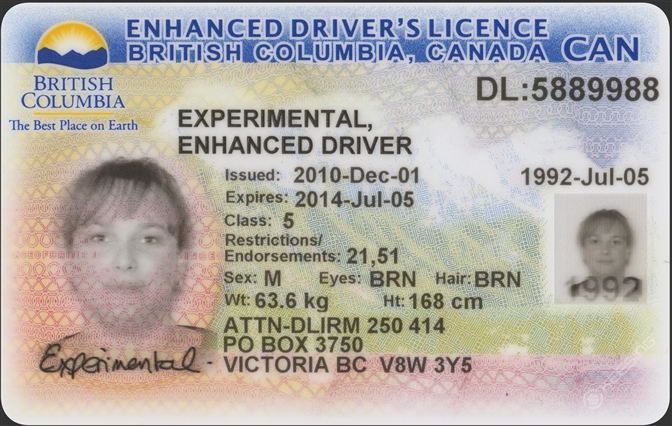 British Columbia is phasing out the enhanced driver’s licence (EDL) and enhanced identification card (EIC) it began offering in 2008 to ease traveler’s entry into the U.S.

The enhanced credentials were a convenient option for traveler’s entering the U.S. through land crossings or marine ports without a passport. At the time, applying for a Canadian passport was an expensive and complicated process.

Since then, Canada has simplified its passport application process and began offering a 10-year passport, making it a more popular travel document.
The federal NEXUS expedited border control card has also grown in popularity.
The Ministry of Public Safety and Solicitor General says the enhanced driver’s licence and enhanced identification card are being discontinued because passports and NEXUS cards are more cost effective, remain valid longer and cover air travel.

Due to the COVID-19 pandemic, ICBC, which administered the applications for EDLs and EICs, stopped accepting applications for those credentials in March 2020 because the process required a lengthy in-person appointment.
No new cards have been issued since.

The EDL and EIC will be phased out over the next five years, ending in September 2025. This matches similar phase outs in Ontario, Quebec and Manitoba where enhanced credentials were offered by those governments.