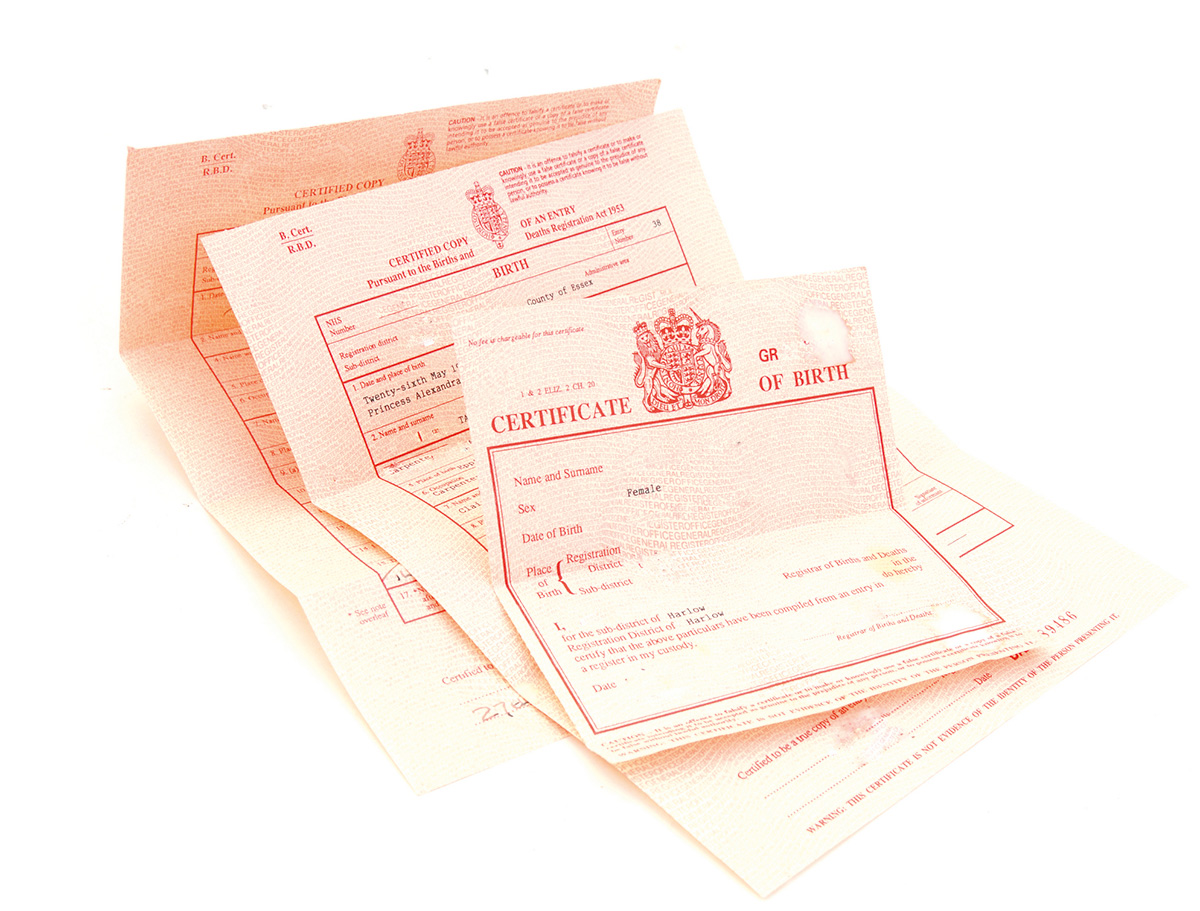 Barack Hussein Obama wasn’t even the US Democratic presidential candidate yet when the first allegations about his citizenship began to emerge. The issue was highly sensitive because only a natural born citizen is eligible to become president of the United States. Opponents therefore seized the opportunity to insinuate that Obama had not been born in the State of Hawaii, but in Kenya instead. His Kenyan roots were confirmed by his Kenyan grandmother, and were also indicated on his birth certificate from the Coast Province. They rejected the Hawaiian birth certificate presented by the Obama campaign, saying it was a forgery.

In a way it was only natural that a misunderstanding had arisen; it was thought that the document under scrutiny was the original birth certificate. In reality, however, the controversial document was only a recent certification of the original birth record (the Certification of Live Birth). Obama’s opponents asked to see his original birth certificate (the long-form Certificate of Live Birth) drawn up by the Hawaiian maternity hospital so that they could verify it. Civil status documents such as birth certificates are often representations of legal facts recorded in civil status registers. If people lack confidence in civil status documents, a country the size of the United States can subsequently be thrown into complete confusion. In the past decade, countries and organizations have made efforts to enhance and protect the integrity of the information contained in civil registers in order to prevent abuse.

Abuse is often related to the recognition of civil status documents from other countries, the reason for this being that there are very few international standards for document format and content. Probably the most widely abused document is the birth certificate. Its fraudulent use lies in the fact that in many countries the birth certificate serves as the source document for obtaining other documents, including identity documents.

Although it may seem evident that such information should also be protected in the digital world, the continued use of paper documents should not be underestimated. Many countries still issue civil status documents in paper format and it is up to their governments to ensure that the recipients of such documents, as well as the parties requesting them, can rely on their authenticity and content. The choice of information medium, i.e. the way in which the information is presented and authenticated, plays an important role. To safeguard the integrity of documents and the information contained in them, it is important that governments take the necessary measures, thereby focusing on registration, the documents themselves and the method of issuance. Paper documents that are not protected against forgery or falsification should not be issued.

Measures to build public confidence and prevent abuse
Examples of countries where procedures are not, or not properly regulated are well-known. This often results in very difficult and time-consuming verification processes regarding the legal information contained in civil status documents. In the past decade, countries and organizations have made efforts to enhance and protect the integrity of the information contained in civil registers in order to prevent abuse.

International guidelines
To counter fraud in civil status documents, many countries have opted for a judicial approach and they threaten sanctions. An example of this is France, which has drawn up anti-fraud guidelines based on three measures: sanctions, formal warnings by the government and the legalisation of foreign civil status documents2. In some cases, the legalisation of foreign public documents offers few guarantees that the information in the document is authentic. 98 countries have become party to the “The Hague Convention Abolishing the Requirement of Legalisation for Foreign Public Documents” and recognise foreign documents without further authentication3.

The United Nations has issued principles and recommendations for establishing civil registers, as well as maintaining and utilising their statistics4. Besides defining the principles of compulsory registration and the universality and confidentiality of information, the publication explains which legal and administrative arrangements need to be put in place to safeguard the trustworthiness and dependability of the information. It also recommends that a special type of paper be used for the issuance of civil status documents as a deterrent to fraudulent alteration and abuse.

Measures taken by European countries
During the 25th Conference of the European Ministers of Justice in 2003, the International Commission on Civil Status (ICCS) presented a memorandum on the growing fraud in civil registration. Two years later, the ICCS adopted the Recommendations on combating document fraud with respect to civil status, in which it is maintained that civil status documents should at least bear the date and signature of the issuing authority, and possibly an official seal. The name of the register of origin should also be mentioned. Additionally, the recommendations of the ICCS provide methods to spot forged or altered documents. Unfortunately, the recommendations do not set any requirements on the information medium used. Here an opportunity was missed to raise the value of the medium (or document) to the level of the value of the information, thus minimising the risk of abuse.

The ICCS also holds an ongoing survey to obtain information on the legislation and practices of its sixteen member states. The survey shows that all member countries apply a signature and stamp or seal to authenticate civil status document. Half of the countries also use safety paper5.

Future measures
As well as the measures mentioned above, standards also need to be developed in the sphere of prevention and communication. In June 2009, the European Union published the Stockholm Programme7, a new programme which sets priorities for the areas of freedom, security and justice from 2010 to 2014. It addresses a number of issues, such as the free movement of European citizens, human trafficking and cybercrime. It also pays special attention to civil status and other official documents. Section 3.4.1 of the programme states that “certain formalities for the legalisation of documents also represent an obstacle or an excessive burden. Given the possibilities offered by the use of new technologies, including digital signatures, the EU should consider abolishing all formalities for the legalisation of authentic documents between Member States. Where appropriate, thought should be given to the possibility of creating authentic European documents.” The EU should also consider introducing a system that allows European citizens “to obtain the main civil status documents easily and at no extra cost. The system must help overcome any language barriers and guarantee the evidential value of these documents.” (section 2.1). Digitisation of the process is bound to raise other questions regarding the protection, confidentiality and availability of citizens’ data within the EU. The Stockholm Programme will also facilitate initiatives to further protect personal data.

Finally
The mobility of citizens worldwide and the increased speed with which governments are required to manage their administration will have to lead to further improvement of civil status processes in order to safeguard the integrity of personal data and to prevent abuse. To achieve this, technological solutions need to be examined and supported by policy measures.

It is not surprising that new programmes look ahead and explore the possibilities offered by new technologies. Nevertheless, such developments must never draw attention away from existing registers, documents and processes, as this often leads to fraud.

For those of us who did not follow the controversy surrounding Barack Obama’s birth certificate: in 2008 experts examined the original civil record, establishing its authenticity and verifying that the new president of the United States was in fact a native born American.

Diana Ombelli has a Master’s degree in Forensic Science from the University of Lausanne, Switzerland. Since 2008 she works as a freelance ID Management consultant, and in this role advises several companies and governmental entities in Europe and the Middle East. Diana was previously employed at Morpho, working on the development of travel and identity documents and the related IT systems.