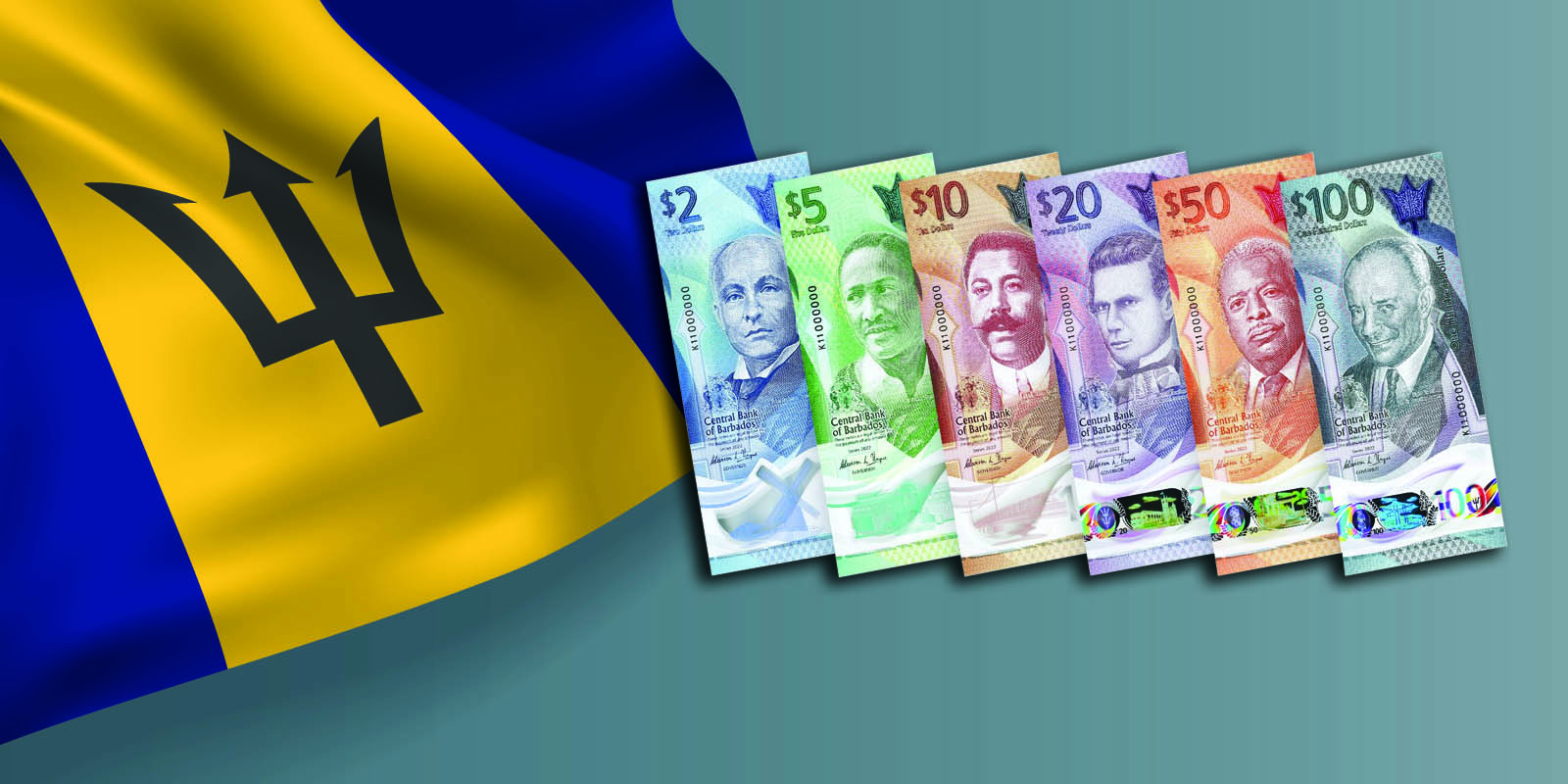 The primary goal of updating the banknotes, according to the Central Bank of Barbados, was to “try to make life difficult for [counterfeiters] by designing notes with security features that are harder for them to simulate, but easy for you to authenticate.”

Barbados last redesigned its banknotes in 2013.

A familiar but modernized design

In a major upgrade, the 2022 Barbados banknote series is printed on SAFEGUARD® polymer substrate, which is far cleaner and more durable than the country’s previous paper (cotton) notes.

The designs on both the front and back sides of the new notes are in portrait (vertical) orientation, in contrast to the traditional landscape (horizontal) presentation.

The notes feature the same national personalities as the previous series, but with larger portraits. On the back of the notes, new images celebrate the achievements of the portrayed Barbadians.

Finally, the colours are the same as those in the previous series, but they appear as monochromatic schemes much like Barbados banknotes of the past. The new notes measure 150 x 65mm.

Several new security features are incorporated in the 2022 banknotes to help fight counterfeiting and fraud and to assist consumers, banks, and businesses in identifying and validating the notes. These features include:

The three highest denominations (shown above) feature a holographic stripe with depth effects. This feature is visible on both sides of the note.

See how the new banknotes are manufactured in this fascinating video from the Central Bank of Barbados.

Cash remains popular in the age of digital payments

The Central Bank of Barbados predicts that cash will remain popular even in the age of digital payments. The Bank explains, “In 2021, the value of currency in circulation was $960 million, the equivalent of almost 10 percent of GDP. Simply put, cash continues to be widely used. For some people it is their sole or at least their preferred way of paying, while for others, it is used in combination with other methods.”