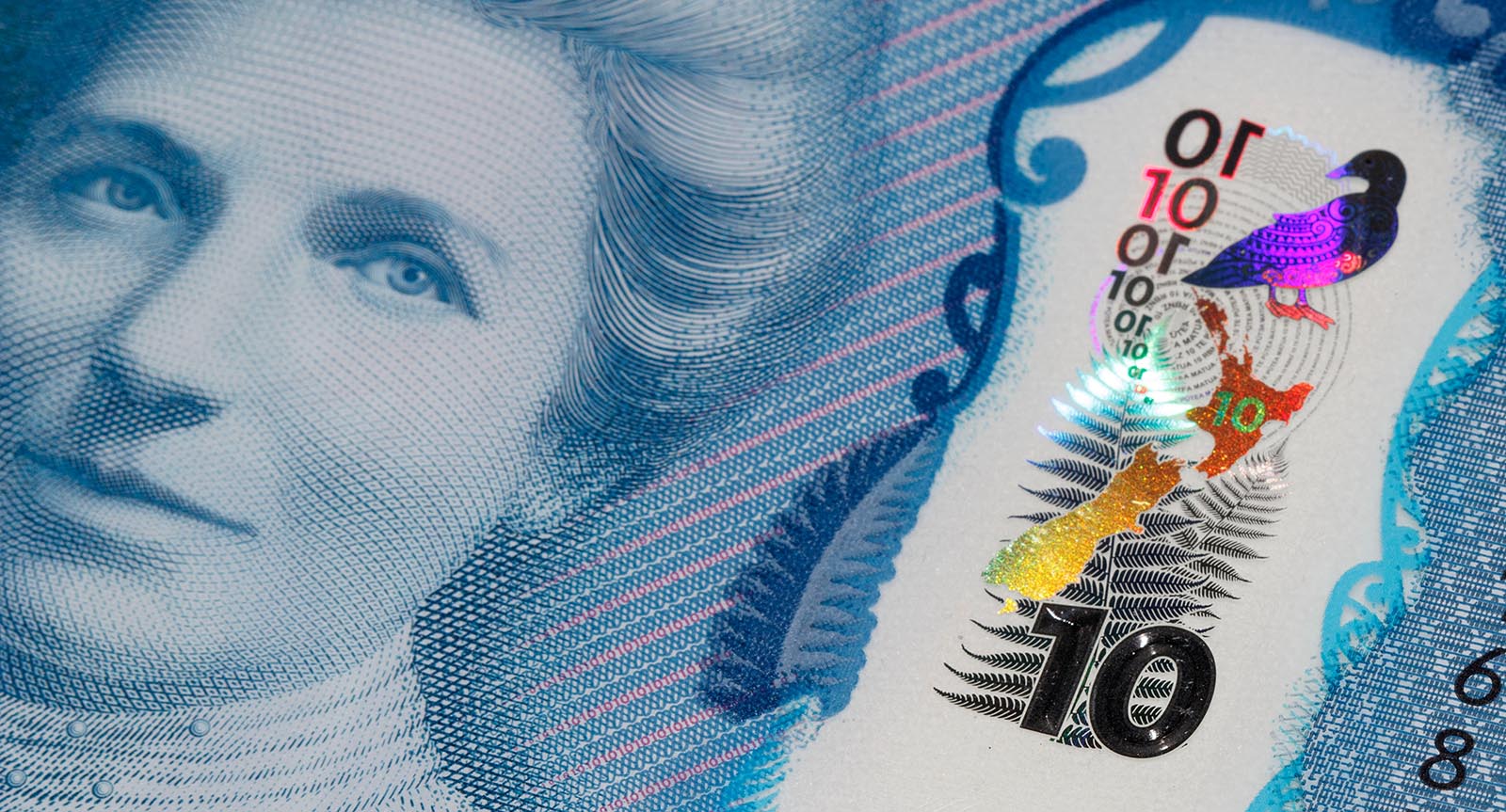 Holography has proven to be a popular and effective security device when integrated into banknotes. Part of its ongoing appeal is its versatility and the innovative ways in which it is being used in banknotes today. Read on to learn more about the creative and novel applications of this time-tested device.

Novel uses of holograms in banknotes

Holograms can be applied in the form of threads, patches, or predominantly stripes. We are seeing an increasing move to incorporate ‘windows’ in banknotes—both polymer and paper-based ones—and the ability of holograms to be incorporated within these windows so that they can display different and striking visual effects from either side of the notes has led to a resurgence of the technology in recent years with the growth particularly strong in polymer banknotes. Both Canada and the UK, have adopted polymer for their complete series following in the footsteps of Australia and New Zealand, but of particular note is the adoption of windows in higher denominations of the new euro series, the last two notes of which have just been issued.

The innovative and versatile nature of holography

Indeed, the Diffractive Features on Banknotes report’s view on holography’s capacity to innovate is reflected in Louisenthal’s micromirror and hologram LEAD project, which won the ‘Best Applied Security Product’ category at the Excellence in Holography Awards 2020. Reflecting a “significant step forward” in the continued development of commercial holography for overt security systems, the application integrates a traditional hologram with a micromirror feature incorporating dynamics and 3D technology. This delivers improved levels of protection against currency counterfeiting and is seen a market leader in the banknote field.

In the second series both ease of use and additional security aspects were incorporated. The stripe is registered so that its different holographic images, which feature in print or paper elsewhere on the banknote, are in the same position in the stripe in each banknote. For example, a portrait of Europa that is the watermark in all denominations, is the second image from the top of the stripe in each banknote, as a reflective hologram in the €5 and €10, and as a window with complex and different images on each side of the €20, €50, €100 and €200 notes. 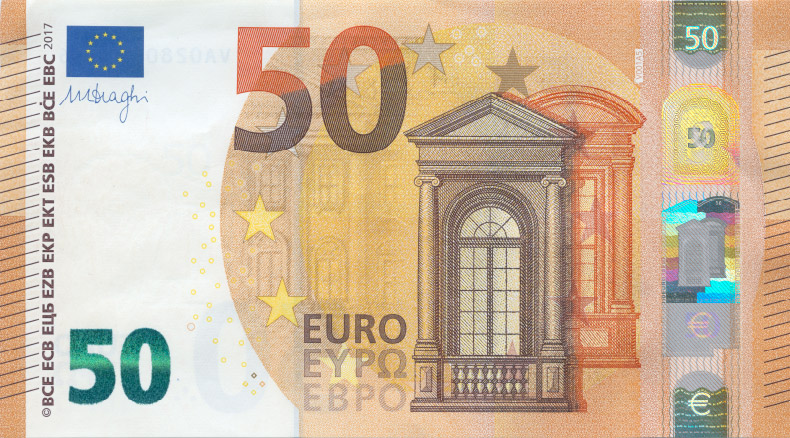 Toppan, a leading printer in Japan, is also at the forefront of new holographic technology for currency applications, with its ‘Japan’ series. The 10 denominations in the series carry a new version of Toppan’s Crystagram technology called Crystagram Evolved and combine ultra-high resolution with a variety of optical effects such as moving lines, true photo-like colours, 3D effects and colour-shifting. The featured

images are composed of RGB cells, the size of which are controlled and varied in order to deliver a highly detailed image. All effects can be integrated into a single foil format.

From SURYS, we are seeing the expansion of the diffractive identification device technology in the form of DID Wave™ and DID Virtual™ that’s appeared on the recent Polish commemorative 20 Zloty banknote, building on the DID family of products that are also included on the Philippines Piso banknotes. The Zloty note incorporates colour permutation and animation motion effects, while DID Virtual incorporates colour permutation and surface relief 3D effects to deliver exceptional brightness, resistance to counterfeiting, ease of authentication by the public, and ease of integration into the secure document. 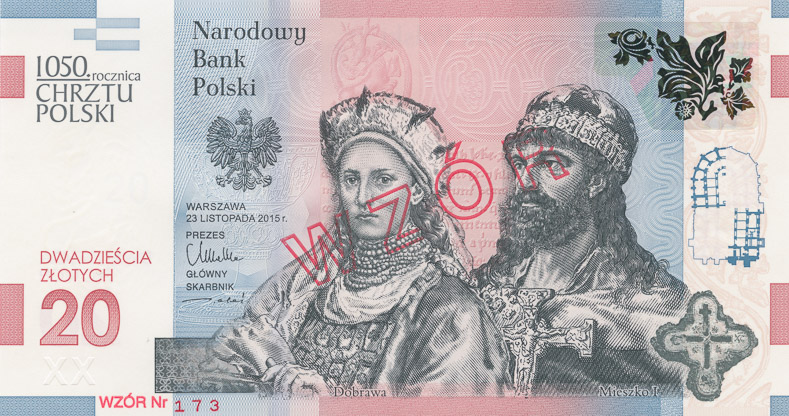 The Zloty’s security features also include a multitoned watermark that has the same motif as the hologram (a stag surrounded with floral motifs) and the denomination, a latent image, an intaglio raster feature, a raised embossed feature for the visually impaired, see through register, SICPA’s Spark Live® (an optically variable magnetic ink feature) and making its appearance for the first time in a banknote, De La Rue’s new Active™ windowed security thread. 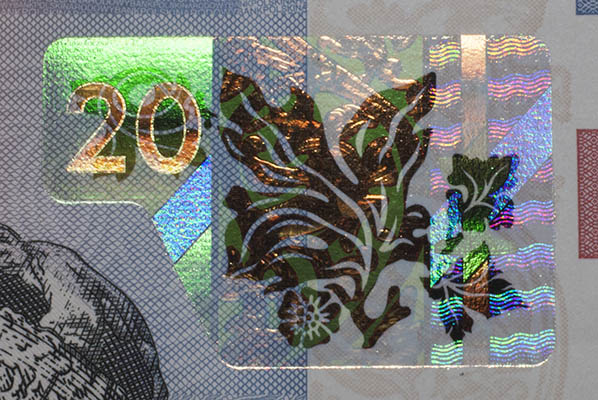 The world’s largest commercial currency printer and papermaker, De La Rue, also continues to push the boundaries for banknote holograms with holographic foil in the clear window of De La Rue’s polymer substrate (Safeguard®), providing further levels of security. The eye-catching Barn Owl house polymer note has been designed to showcase innovation within both Safeguard and holographic design. Using advanced image plane holography, the Depth™ Image hologram on the house note illustrates all the clarity, colour, movement and true depth achievable on a polymer substrate while the foil placed in the curved window delivers a highly aesthetic design that is clearly visible from both sides of the note.

The future of holography in banknotes is strong

As we plot a way through what appears to be a watershed moment around the future of cash in society, one thing is clear: there will always be a role for banknotes in any payments eco-system. The need for secure, cost-effective features that the public recognise remains as strong as ever. The difficulty holograms present to criminals and counterfeiters cannot be overstated, and that is why they will continue to be used by banknote issuing authorities for years to come. 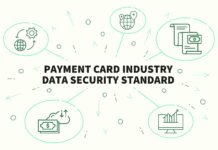 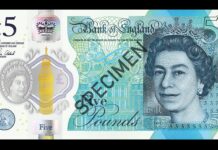 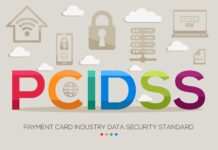 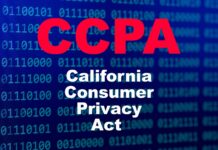 Major Differences Between the GDPR and the CCPA (Part 2) 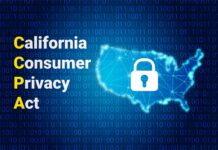 Major Differences Between the GDPR and the CCPA (Part 1) 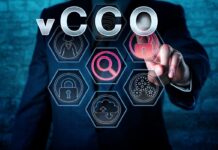 The Role Of The vCCO