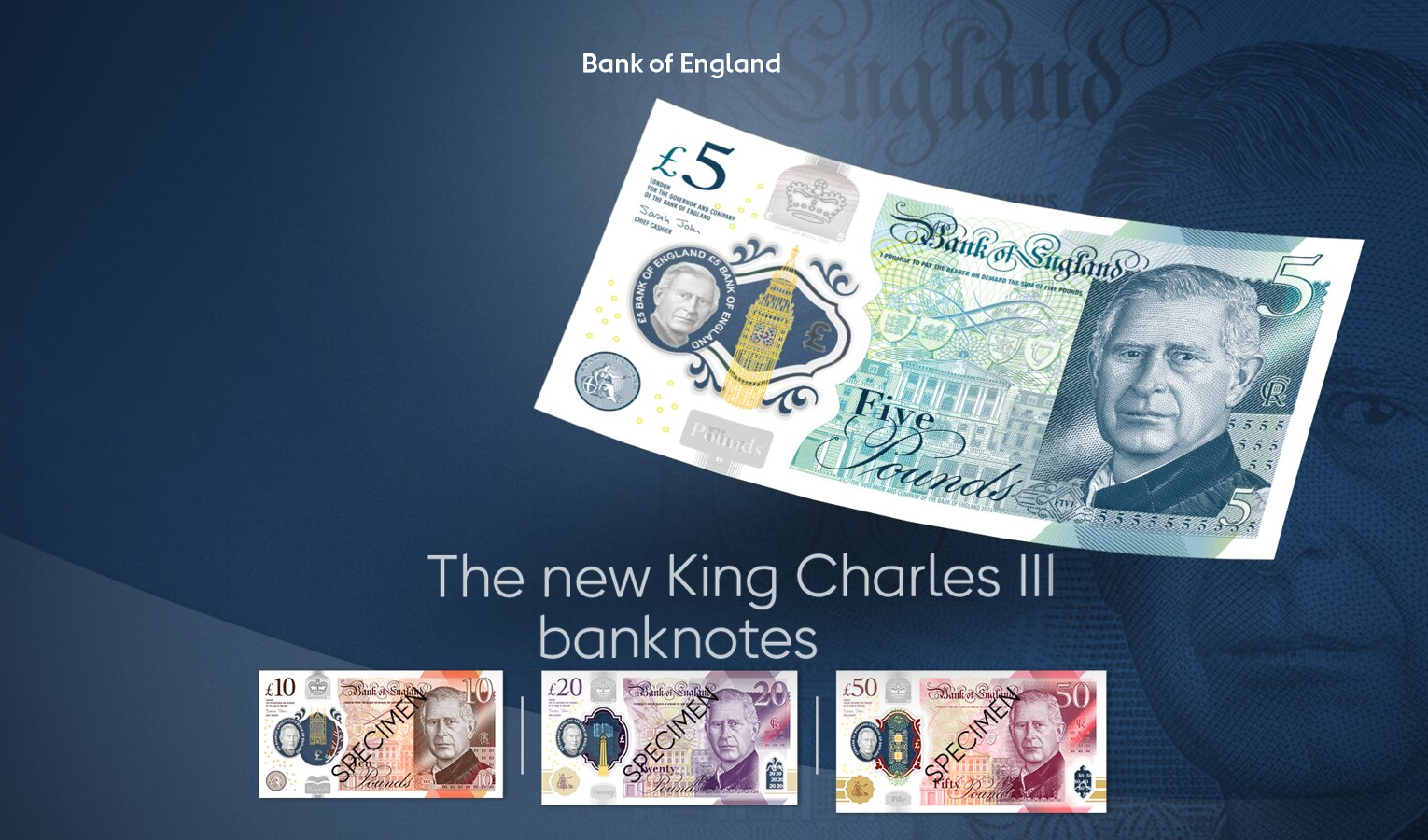 As previously reported in the article New Banknotes, Passports to Portray the UK’s New King, the Bank of England, after King Charles took the throne, faced the major task of redesigning the country’s notes and replacing the old currency featuring Queen Elisabeth with banknotes carrying the portrait of King Charles III. The phase of redesigning the banknotes has now ended, with the revelation of the new design. The new notes will be put into circulation by mid-2024.

Four denominations have front side in a new design

All four denominations of the pound banknotes (GBP 5, 10, 20, 50) have been redesigned. The face of each denomination will depict King Charles III. He is the second monarch, and the first King, to be featured on the Bank of England banknotes. The reverse side of each note remains unchanged and bear the following characters: 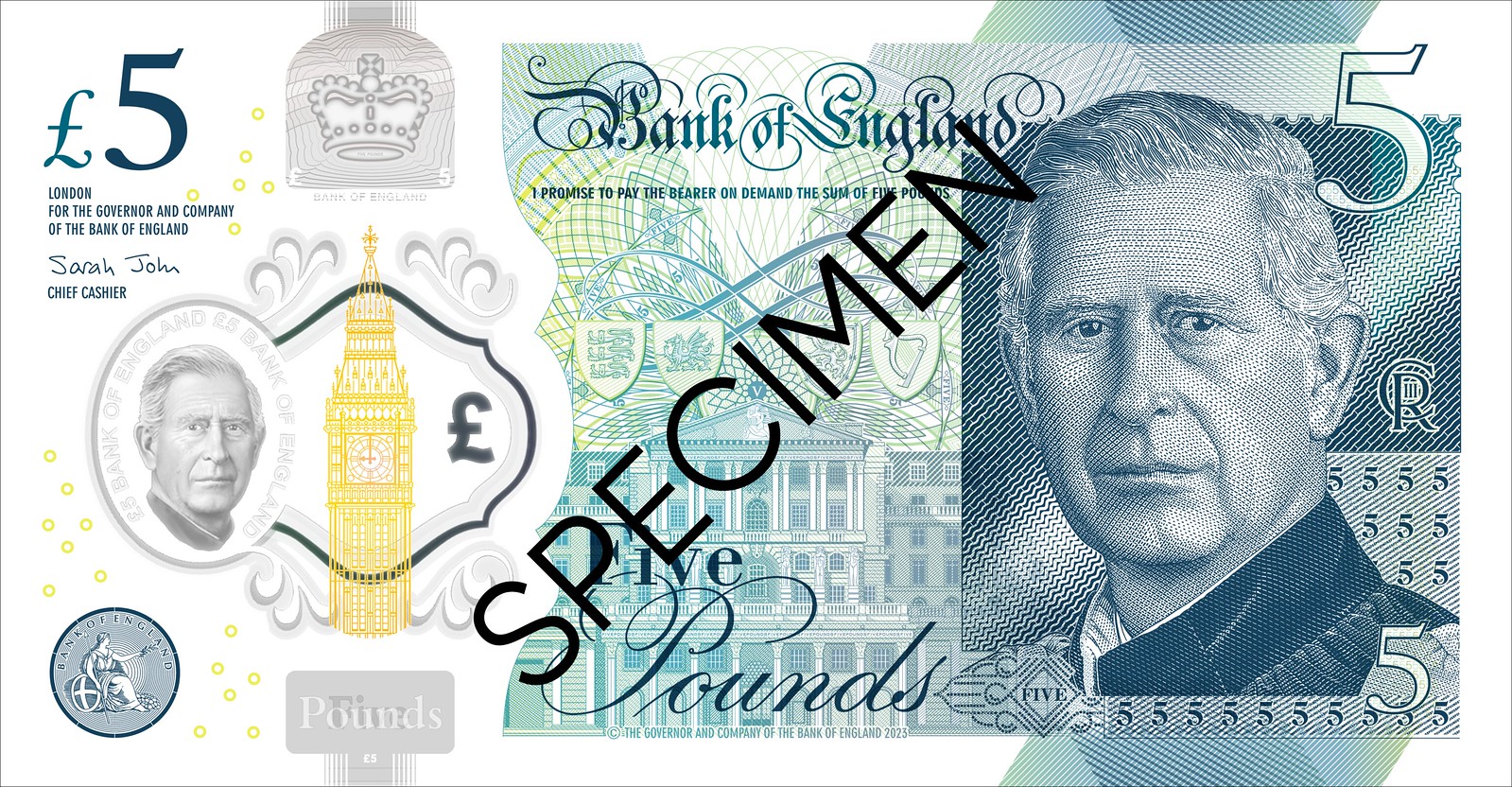 The new notes bear the same security features as the old notes that feature Queen Elisabeth. The two key security features (on each denomination) are a transparent window and a holographic strip (Kinegram Colors® foil strip). In the see-through window, the portrait of Queen Elisabeth has been replaced by the portrait of King Charles III. This portrait is visible from both sides of the note. 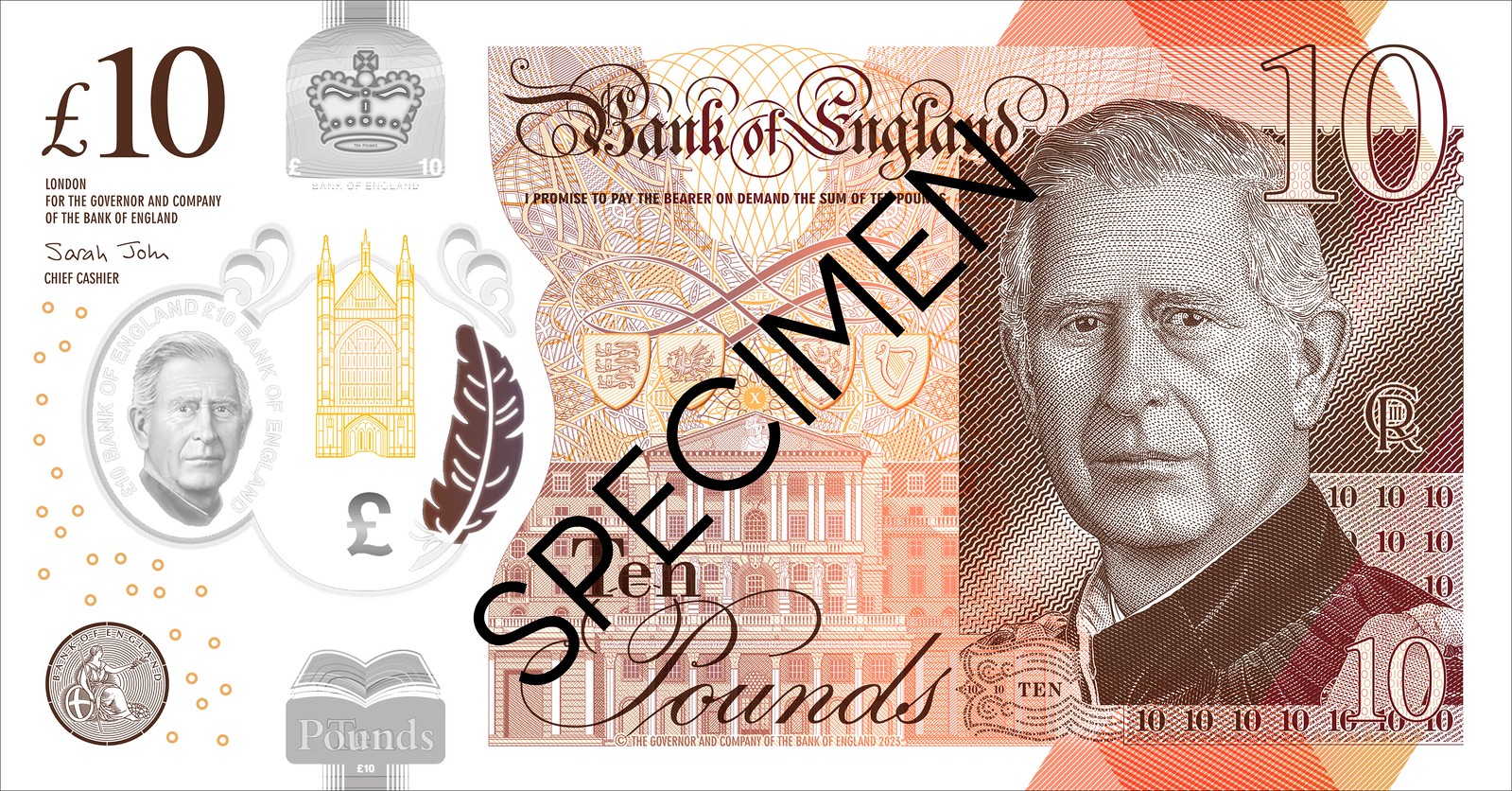 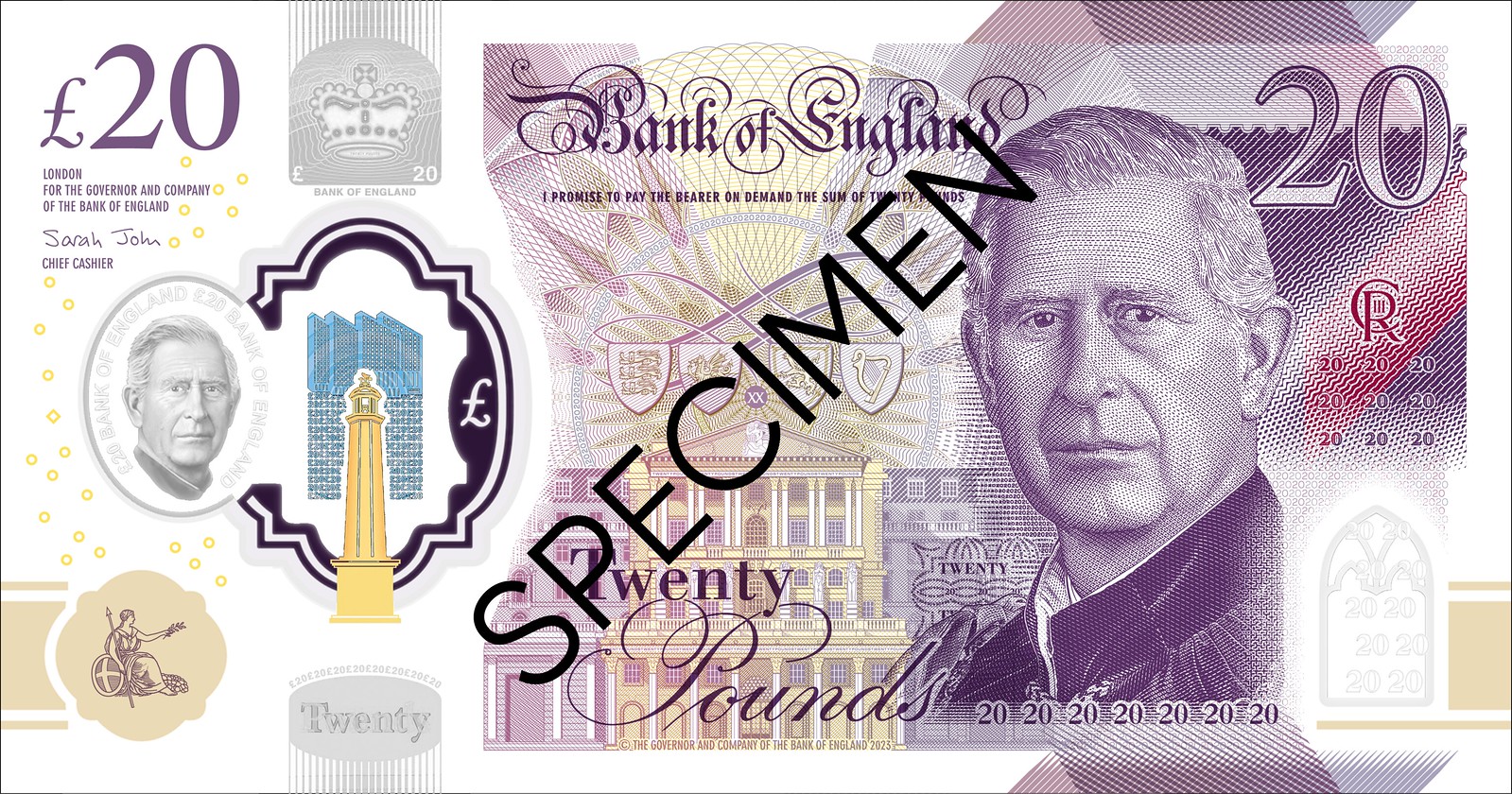 Polymer banknotes with portrait of the Queen remain legal tender

While the updated banknotes are expected to enter circulation by mid-2024, currency featuring the late HM Queen Elizabeth II will still be legal tender. In a news release, the Bank of England emphasizes that the new currency will be printed only to meet any overall increase in demand for banknotes or to replace worn bills in order “to minimise the environmental and financial impact of this change.” According to the bank, notes featuring HM Queen Elizabeth II and King Charles III will therefore co-circulate. 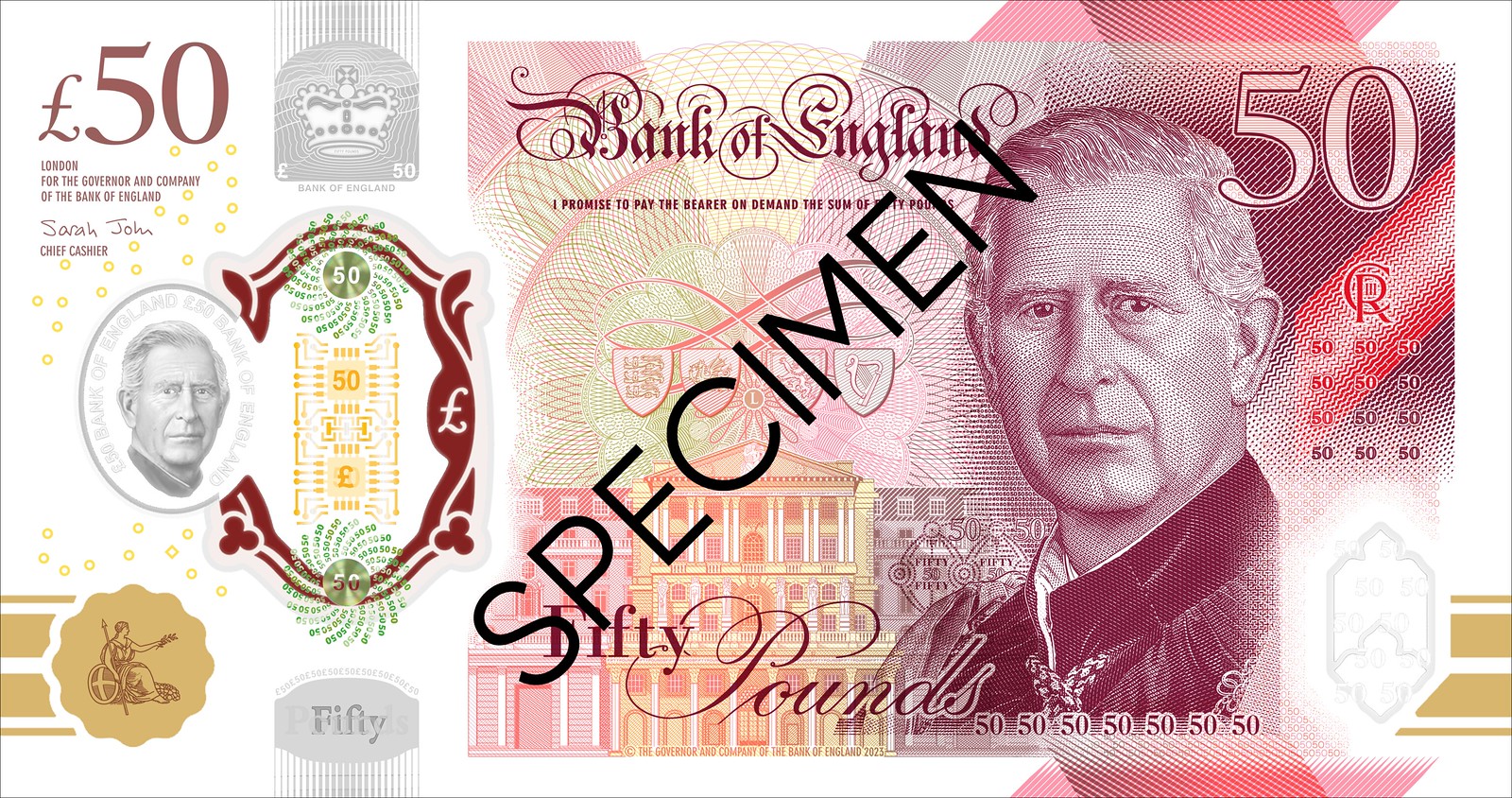