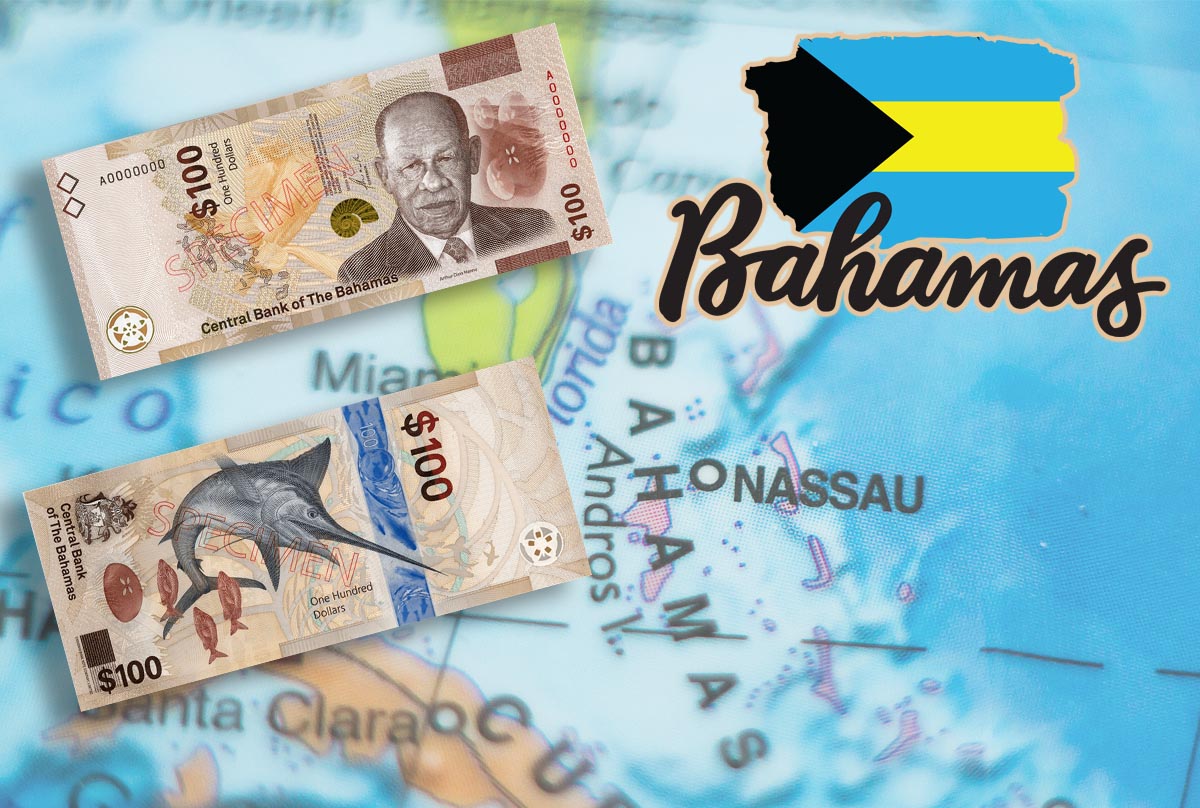 The Central Bank of The Bahamas (CBB) will release a new $100 banknote on 6th October 2021, to complete the family of CRISP Evolution of Bahamian banknotes which it began phasing in back in 2016. The new note has a unique visual design as well as advanced security features, making it the most secure banknote ever issued by the CBB. The bill has the same dimensions as existing banknotes.

The new $100 banknote is the most secure Bahamian bill to date, thanks to the following security features:

To educate the public, the Central Bank will add this note to its banknote app, ‘CBB Banknote MAP’, which showcases the security features of all CRISP Evolution banknotes. The app assists users with the authentication of genuine Bahamian banknotes. The update will occur the same day the new note is issued.

About the Bahamas family of CRISP Evolution banknotes

The CBB has previously issued CRISP Evolution banknotes in denominations of 1, 3, 5, 10, 20, and 50 dollars. The $50 note was nominated for the International Banknote Society’s Banknote of the Year 2019.

Central Bank of the Bahamas