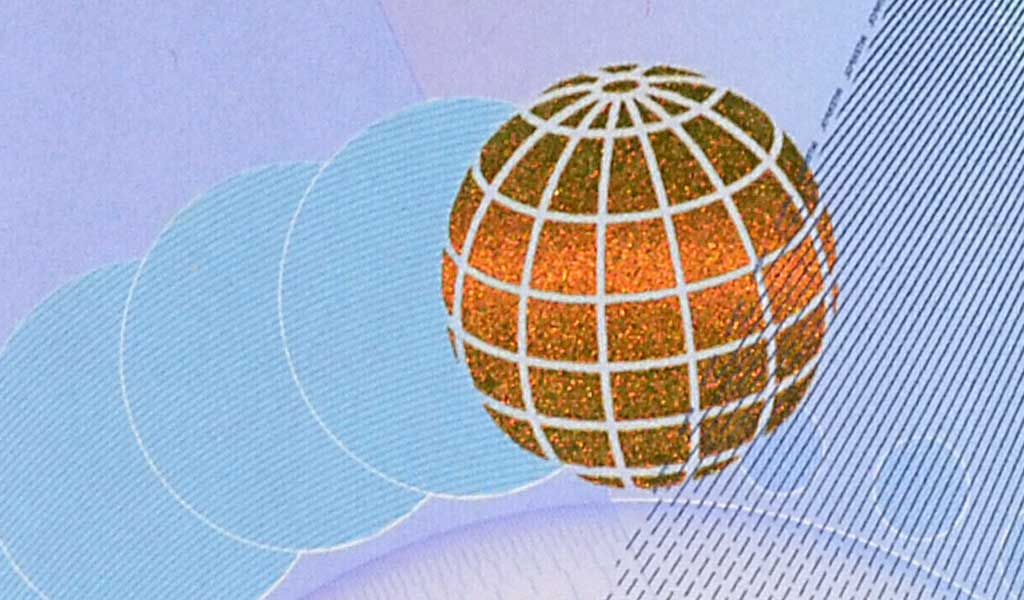 Since the start of the century, the dramatically increased need for adequate border protection and control as well as for effective identification procedures in general, has undeniably given a boost to several developments in the field of identification. In its aftermath, many countries decided to develop a new passport or a complete new range of ID documents, which in its turn has influenced the design and appearance of passports and other ID documents. Joost van Roon explains what the work of a security designer involves.

Last year, for the first time in its existence, Intergraf organised an ID documents High Security Conference in Bordeaux, alongside the traditional High Security Conference on banknotes. This illustrates the fact that both the ID documents industry and the document design discipline have matured. For example, the rather new security ink technology SPARK® which was especially developed for the banknote industry, was recently released for passports – another indicator that the ID documents industry is taken seriously1.

Document design principle
A passport is far more than just security. It is a country’s most important document, both for the government and for its people; often a precious and meaningful attribute for the bearer, and actually the proof of one’s identity, one’s existence. Once issued, the document plays a part in sometimes complicated procedures. It grants privileges to its holder, and it can impose limitations. Wrong interpretation of the ‘value’ of a document, caused either deliberately or by mistake, can have severe consequences.
Security document design is no longer a matter of simply employing a few guilloches, a numismatic structure or some special rasters, as quite a few new passports demonstrate. Though a lot of passports still look like products out of a Spirograph box, there are some serious concepts to be distinguished as well. For the observer, i.e. the rest of the world, but also for the more closely involved people, the way the document looks and functions is what counts. The group of people truly able to judge the level of security, mainly forensic experts, is rather small.
A security document is the product of customer demands, the state of the art, the required degree of security, technical potential and limitations of the producer and, last but not least, the aesthetic and technical skill of the designer. The agreed security level of a document is a reflection of a cost-benefit analysis, based of course on the customer’s demands. Though it is a designer’s job to combine these aspects, quite often they are, or at least seem to be, conflicting. The ultimate goal, however, is combining all aspects in a perfect synergy, as a result of which 1 + 1 is > 2. But apart from combining demands and techniques, design is also about combining interests; about serving two or even more masters. Although impossible in the biblical sense, for a lot of graphic designers this is day-to-day practice.

Morpho
Writing this, I have in mind my own position at Morpho, a high-tech company located in Haarlem, The Netherlands, which recognises that design quality is an important security aspect. I am directly responsible for a number of our document designs and, to some extent, involved in the development of documents designed by my colleagues. In this job, on one occasion I can find myself defending a customer’s wish against objections of the technical department, whereas on another occasion I will be safeguarding the cost-effectiveness in the production against certain wishes of the customer.

Design philosophy
The Morpho design philosophy fits into that atmosphere. A distinguishing aspect in the philosophy is that ‘a passport has to be beautiful and intrinsically interesting to look at, an invitation to study it thoroughly’. It is as simple as that. But it is not just a trick of the trade – it is a profession. So, willingly or imposed by circumstances, the designer not only plays the role of the designer, but also acts as a printing specialist, diplomat and go-between.

Characteristics and values
Apart from the skills, acquired during years of specialisation, the background of security document designers is often an education in graphic arts and design and extensive experience in several graphic design disciplines. However, they need to have their own ‘special characteristics’ and values as well, such as aesthetics, conscience and integrity. These principles are commonly accepted among designers, and rarely discussed.

Aesthetics
Discussions about design are seldom about personal taste, though aesthetic capacities are of course a fundamental characteristic of the professional designer. Even though aesthetics is the sole expertise of the designer, decisions about the design are taken with respect to content. And content provides most of the arguments. A complicating and interesting factor is that in security printing technique is content as well.

Conscience
We always try to design and develop the best possible document, but we seldom have the freedom to make our ideal product, without any interference of the customer. Interaction is part of a good design process. On many occasions during the development process there will be discussions about design issues, where the designer persuades the customer or gets persuaded. Sometimes we agree completely and sometimes we disagree, but nevertheless change the design according to the customer’s wishes.
Somewhere in my head ideas, demands, technical limitations, values and opinions are weighed again and rearranged.
And one of the weighed values is: do I still believe that I am designing the best possible document? It all comes down to conscience, that passionate characteristic, unmanageable by others. We can also call it concern, or care. Care about aesthetic values, and design quality. But also care for the customer’s best interests.

Awareness and integrity
The overall quality of the final document is in fact the touchstone for the integrity of the designer. And frankly, the designer is the only one who can be the judge of that, taking into account the design and development process as a whole and all the arguments and decisions during that process. No one else comes that close to the product. For the designer it is not enough that the end product is accepted by everyone. Acceptance does not make a good document.
Preserving integrity is important in the design process. It is sometimes the ‘excuse’ for a displeasing side effect of a basically correct decision. Above all however, it is one of the characteristics a customer may expect from a designer.
Although I think integrity is an important skill for the designer, it does sound awkward. Exploring integrity does not sound like integrity at all. Nevertheless preservation of certain values is important for a good and professional development process. So, rephrasing, we can say: awareness in relation to integrity is an important skill.

Design project approach
In practice, the approach for a passport design project does not differ much from any other design process. The following phases can be distinguished: surveying, analysis, concept development, design, presentation, artwork manufacturing and support during production.
The difference between a passport design project and other design projects lies in the impact of certain phases during the process. National and cultural values can be of great influence on the graphic appearance of the document, but in the end there must be a balance between image and security. In this case, however, balance means that security should be present everywhere. Elements that do not contribute to the security level of the document are a waste of precious space. Lack of space really forces designers to combine the demanded elements and images with security. But that does not mean: take a photo, press the ‘special raster’ button and another page is ready. There is no recipe for making beautiful and secure documents.

Trends in design
At Morpho we have a strong opinion on security design, which is visible in our products. Guilloches, for example, are never the main item in our designs, and are nowadays considered as nonsense, as they tend to be amorphous. They are sometimes used as a style characteristic, but not as a serious security item. Nowadays, the software to design your own guilloche is cheap and will do the job. Guilloches are a heritage from another era, overtaken by the digital power of today.
Any new project is intentionally started with an open mind, to avoid being influenced by existing documents or trends in passport design. However, not every trend is objectionable under all circumstances. If there is a good reason to follow a certain trend it might be even narrow-minded to ignore it.

Differences in visa pages
More and more passports are designed with striking differences between the visa pages. The advantage is that it is harder to exchange pages in order to hide or add visa information. But when the differences mean that each page has a completely unique design, one might doubt the effectiveness (figures 2-4). Not only is it a great challenge and a lot of work for the designer, but remembering thirty-two or more different pages is also very hard for a border guard official.

[Not a valid template]Wildlife and flora images
In some designs Morpho has created striking differences. In those cases, however, they are limited to a certain surface, or reached by a gradual, logical change in the design, preferably in predictable steps. There is a trend to use a country’s images of wildlife and flora on the visa pages (figure 5), but also of buildings, landscapes, city views and maps. Refreshing, compared with coats of arms and guilloches, and something that can be a good part of the concept, if integrated in an interesting way, with a positive effect on the level of security. When it is done without adding value to the security concept, however, a bit more creativity is needed.

Intelligent design
In general, adding security to a design means generating complex structures and patterns, and trying to create coherent, unambiguous, and sometimes even predictable backgrounds. This will help border guards and immigration officials to learn (parts of) the documents by heart. Security designers at Morpho use complexity, but avoid amorphousness. Maybe this is the recipe, after all. I would like to call it intelligent design. 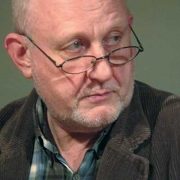 Joost van Roon started his career at the Dutch Government Printing House, where he was involved, amongst other activities, in the development of several government corporate identity programs. About 25 years ago he designed his first security product, a new model of the Dutch Postbank Cheque.
Over the years he has specialised in this field and has designed quite a number of passports and other ID documents. At Morpho BV Haarlem he manages a small team of, in his own words, bright, young security designers.