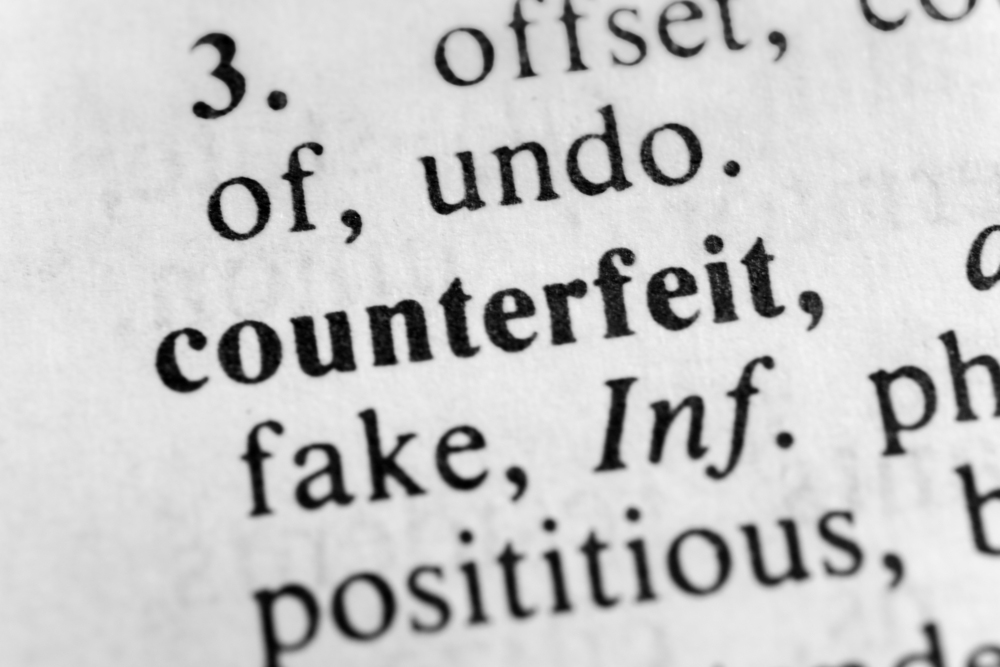 In order to achieve improved resistance to counterfeiting, it is necessary to develop specific materials, and to consider ways of using them, for example in complex authentication. Materials which emit light when excited in the infrared wavelength range can, for example, be used in second and third line verification using simple tools and more complex sensors respectively (figure 1). We first attempted to optimize the luminescent material itself.

While maintaining the second level of verification by which luminescence can be excited by ultraviolet radiation, we considered an upgrade to the third level of verification requiring a sensor or machine, while also improving the first level of verification to enable easy authentication by the human eye (figure 2). In order to determine the characteristics of such materials, we focused our research not only on first and second line, but also on the third line of verification. We went on to make a luminescent material with both a fluorescent and a phosphorescent peak in the visible spectrum in a single matrix, and subsequently, attempted to make luminescent materials that could be excited by mechanical energy such as oblique lighting, friction and compression.

Our experimental two-peak elastico-luminescent material has two luminescent peaks at approximately 450nm and 500nm and one phosphorescent peak at nearly 500nm. Although it is possible to authenticate the material using a fluorescent spectrophotometer (figure 5), in order to make authentication simpler with a cheaper device, we chose to use the peak wavelengths of luminescence and long persistence at this 450nm and 500nm.

Machine authentication
We constructed an authentication system to use with a two-peak elastico-luminescent material, consisting of a computer with two measurement devices (figure 6). The two-peak luminescence unit radiates the target print with pulses of UV light [1]. A photo diode [2] detects the luminescence before and after the UV radiation. The detected light is filtered by a band-pass filter [3] and converted to an electrical signal by a photodiode [4]. The electrical signal is then amplified [5] and converted from an analogue to a digital signal by an A/D converter [6], after which the digital signal is sent to the computer [7].

Figure 7 shows an example of discrimination when reading both the two-peak luminescence and the elastico-luminescence. Reference values and admissible errors are set beforehand using a large amount of measurement data using genuine prints. We defined the voltages acquired from the fluorescence and phosphorescence as respectively V1 and V2 at 450nm, and as V3 and V4 at 500nm. Furthermore, the voltage acquired from the elastico-luminescence is defined as V5. V1 to V5 are first measured, and then every voltage is judged as to whether the acquired value is within the previously determined upper and lower limits of allowable error. A print is accepted as genuine when all detection values are within permissible levels. It is judged to be counterfeit when any one value is outside the permissible range of error.

The image on the left of figure 9 shows the luminescent state while the graph on the right side shows the emission spectrum. There are three peak wavelengths in each blue, green, and red spectrum area. We can apply these peaks to machine authentication using the system mentioned before.

Figure 10 shows screen prints using luminescent materials excitable by UV light. The luminescent colour changes at each excitation wavelength and the phosphorescence is visible, although if people are not aware of the latter, they may not actually notice it. This is why such a material would be useful for examining officers and shop clerks who could verify security documents using only simple equipment.

Figure 11 shows the fluorescent spectrum of a multi-peak luminescent material. Prints using such materials can be authenticated by the same system of two-peak elastico-luminescent material. The starting time of the UV exposure is called T0, and the ending time T1. We first measured the intensity of luminescence at each peak and then we verified the six values of each peak. It is now possible to determine authenticity at an even greater level of accuracy by radiating the print with two light sources, for the luminescent spectrum varies with excitation wavelength.

Although multiple luminescent peaks require UV light, the existence of various features can still be verified at the first level of authentication because phosphorescence is visible with the unaided eye. We have considered a method of machine authentication of security documents printed with materials that use all luminescent properties. We believe that the proposed materials and methods have the potential of becoming an effective new authentication technology. 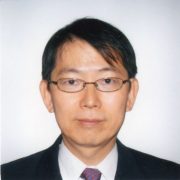 Tsuyoshi Uematsu graduated from Chiba University in 1984, completing a graduate program with a major in Image Science. He has conducted research on Image Processing Technologies and colour reproduction of computer outputs, and is especially interested in holography. In 1985 he joined the Printing Bureau, Ministry of Finance, Japan, which in 2003 became the National Printing Bureau, an Incorporated Administrative Agency. As a team leader, he developed the holograms for the new Japanese banknotes issued in 2004.