Keesing Platform
Home General A history of passports and their design 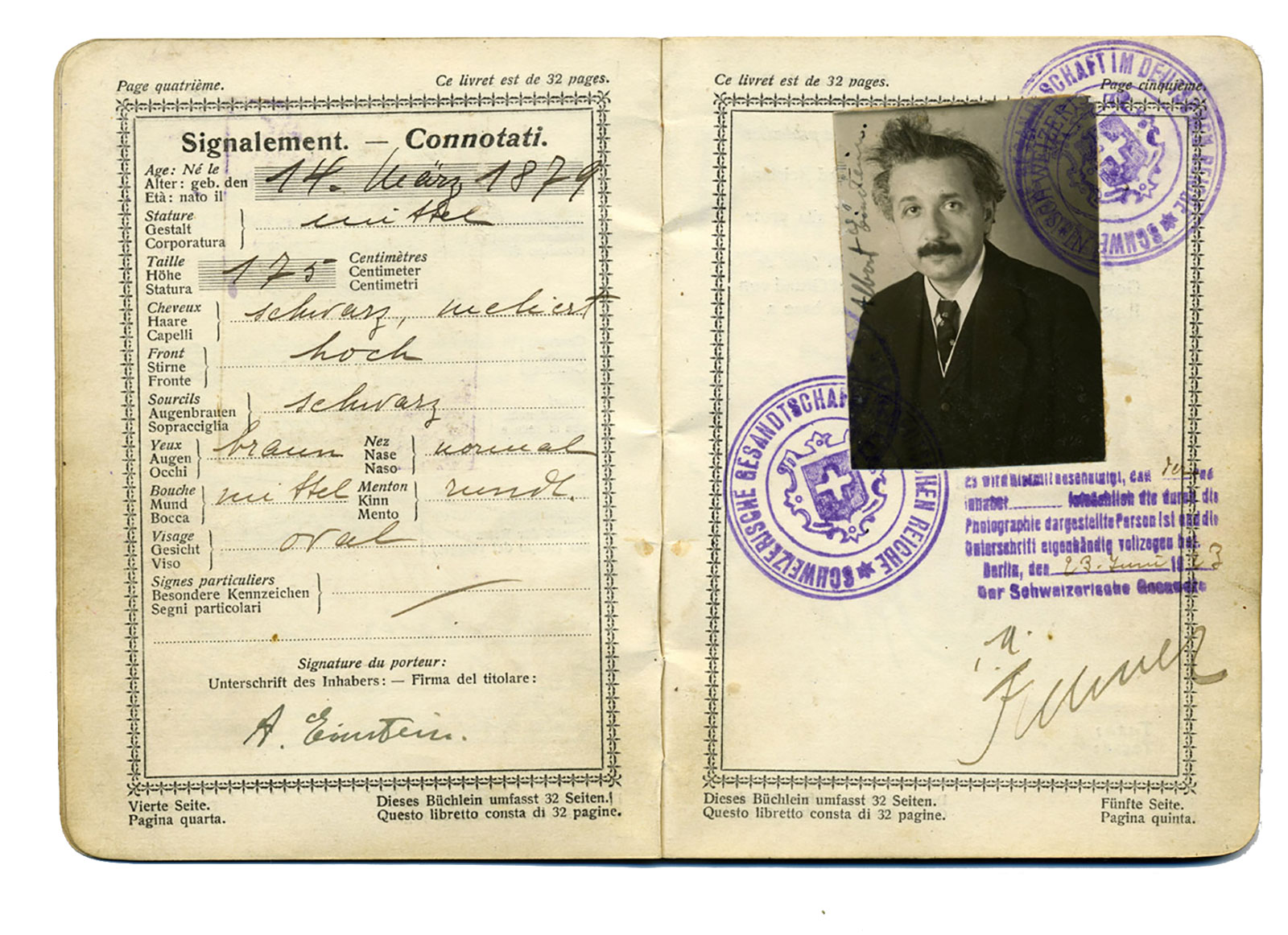 When were the first passports issued and what was their purpose? What were these passports made of and how were they produced? Was there even something like a passport design back then? And what about the security of early travel documents? The answers to these questions may surprise you and will give you a glimpse of roughly 500 years of passport history.

A letter of recommendation
Who was travelling in the 16th century? Before tourism (travelling for pleasure, without a real purpose) was common, only the powerful and determined would take to the roads and seas – at least until 1841, when package tourism was invented by Thomas Cook.[1]
A typical 16th century passport was a handwritten docu­ment on paper, issued by a local lord, administration or even by a senior military officer. The main purpose of the passport was not to identify the bearer, but to act as ‘letter of recommendation’, a safe-conduct to support the traveller on their journey when entering or crossing foreign soil. Issuing passports was not an exclusive right of the state either in the 16th century.

Once an assistant had written up a ‘passport’ his master would sign and seal the document. The signature and wax seal served not only as a sign of the issuer’s authority, but also as a security measure to avoid falsification. As passports had a purely functional character back then, more and more detailed descrip­tions of the bearers were added to the early modern passport, which initially was no more than a sealed certificate for a person named by name. Physical characteristics such as size, hair and skin tone, con­spicuous scars or moles migrated from early passports to more modern versions. But this was only true for the poor; wealthy and high-ranking travellers in
Europe were exempt from describing their bodies and regis­tering their ‘special characteristics’. Their passports contained only names, and the fewer personal details they contained, the more effective they were, so to speak. A passport, as Casanova wrote in his memoirs in the 18th century, gained one respect abroad.[2]

Under the influence of liberalism, most countries in Western and Central Europe abolished the obligation to provide a passport for foreign travel in the last third of the 19th century. Due to the nostalgic idea of travelling across Europe without visas and identity papers, many call this period ‘the golden age of travel’. In 1888, English and French railway companies promoted the luxurious journey on the Orient Express from London to Constantinople, on which there was no need to change trains or present a passport, and wealthy people in particular – first-class passengers, so to speak – were exempt from passport requirements and compulsory checks.

Something that came up at the end of the 19th century was the strong link between passport and nationality. From the 17th until well into the 19th century, many people travelled with passports issued by their desti­nation country and not by their country of origin: any official document could be used as proof of identity. By 1914 however, passport and citizenship were closely linked. The passport was thus not only a certificate of identity, but also a certificate of affiliation.

Passport design in history
Until the end of the 19th century no one was seriously thinking about the design of passports. A passport had a purely functional character. However, as the function of passports changed, new requirements emerged regarding durability, security and standardisation, which all affected passport design. 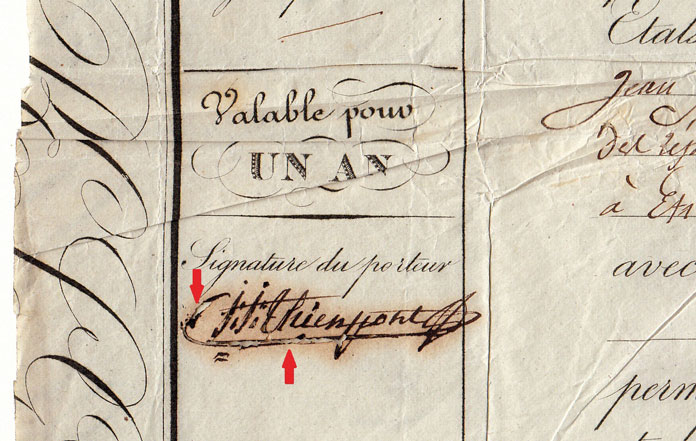 Figure 1:A Belgian passport dating from 1844 which was damaged either instantly by simply signing it with a rather sharp quill or shortly after when the thin paper was blotted. 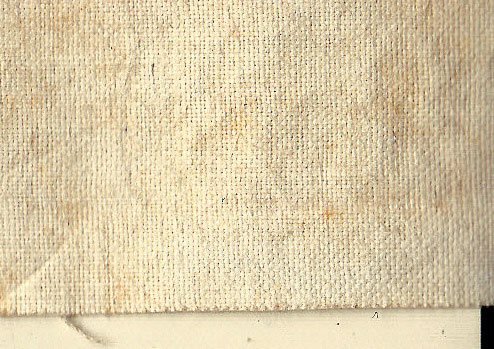 Durability
In the mid-19th century, British and Belgian passports consisted of very thin paper, which was only 0.02 mm thick. As paper this thin was not easily available, this might also have been a security feature. Just for com­parison: a modern newspaper sheet has a thickness of 0.07 mm and current polycarbonate pages are 0.6-0.8 mm thick. Back then, a travel document was a large folio, which had been folded several times in order to fit in a pocket or wallet. Such a thin paper document became fragile very quickly if not treated with care (see Figure 1). Wealthy, notable and probably frequent travellers ordered their documents with passport agents, who not only put the passport in an impressive leather wallet, but also reinforced the thin paper with, for example, a layer of linen to make the passport much more durable.

Generally, ‘alterations’ to passports by adding a layer of linen were tolerated. Figure 2 shows a linen-backed passport.

A wax seal on a passport was often also a weak spot if the wax was too heavy for the fragile document. Over time, fragments of the seal could break off, which could damage the passport even further. In the 17th and 18th centuries paper was thicker and somehow more durable, but as it was often made from rags (recycled fibres from used textiles), it was relatively course and rough in comparison with the paper made from wood pulp introduced in the 19th century.[3]

Figure 3: A British passport in a leather wallet dating from 1914.

Watermark as a security feature
The watermark is one of the oldest security features in travel documents. They were invented by the paper mills of Bologna, Italy, which in 1282 started marking their goods by attaching a thicker wire in the form of a letter or symbol to the wire mesh of the scoop sieve. Around 1800 the first multilayer 3D watermark was produced. The introduction of John Marshall’s dandy roll in 1826 revolutionised the watermarking process, making production much easier.

On 21 May 1840 the Ministerial Bulletin of the Prussian interior administration stated that Prussian passports were to be watermarked with ‘Royal Prussian Passport’.[4]

Graphic design
Until World War I passports were still being made from large folio pages with a very large header showing the coat of arms and an extensive introduction of the issuer of the document, including his (noble) titles and deco­rations. This was especially the case for hand­written passports issued from the 16th until the 18th century. The description of the issuer was often much more detailed than the bearer’s description, whose physical characteristics did not feature in early passports. The bearers would simply be described as, for example, “George Hallway, Esq., travelling with his wife and daughter to the continent”.

Printed passport forms became more advanced in the 18th century when security features such as embossed text and watermarks were introduced. Several forms were also embossed with a revenue stamp indicating the passport’s issuance fee to be paid at the local government office. These forms also demanded a much more detailed description of the bearer, which included their age, height and a description of their face, eyes, nose, chin, hairstyle, eyebrows and moustache or beard. Interestingly, ears never featured in the bearer’s description, whereas nowadays it is one of the key characteristics for identifying a person. 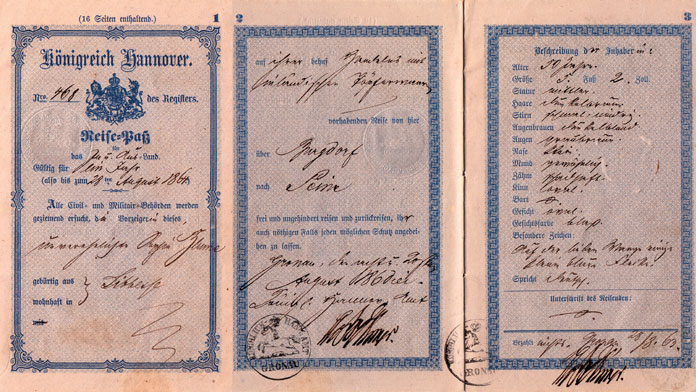 Figure 4: 1863 passport booklet from the Kingdom of Hannover, with a full page dedicated to the bearer’s description.

The year 1915 was a landmark in passport history. The circulation of passport booklets increased dramatically and the addition of a passport photo greatly improved its usefulness for identifying a person. However, standardisation of passport photos wasn’t a concern at first. As passport printing advanced further, tech­nologies such as watermarks, embossed coats of arms, coloured security threads in the binding, and microprinting were introduced.

Further landmarks in passport history and design were the years 1920 and 1926 when the League of Nations held two ‘passport conferences’ with the aim of standardising passports in form and content. But it took many more decades of improvements and standardisa­tion by ICAO to develop the high-tech, highly secure and stylishly designed travel documents we know today.

The design of the new German passport
Countries such as Norway, Finland and the UK are famous for their ‘cool’ passport designs.[5] In 2017 Germany also went to great lengths to make their design much ‘cooler’. As a German national I always found our passports rather boring (see Figure 5). Basically, the design didn’t change much since the first federal German passports were issued on 1 February 1951 (after the Allied Military Government of Germany restored the country’s right to issue passports). Like other early passports, the German passport was always more of a functional document rather than a real eye-catcher. However, the new German passport issued since March 2017 is a real ‘display of fireworks’ when it comes to design and security features. Another improvement in its design is the much thinner and more flexible cover, which in the past came across as rather stiff.

As Wil Byrne, passport designer at the Irish company Absolute Graphics put it: “The design process is a journey of exploration culminating with the production of a professional, cohesive publication that is representative of a nation’s people, their values and aspirations, which they are proud to represent on a world stage.”

A timeline of passport (design) history

There simply was no ‘design’ for passports centuries ago. A travel document had a merely functional character back then and as they could be issued by any authority in either the country of origin or destination, there was no uniformity. Passport design began rather with the introduction of passport booklets around 1915, when the introduction of new small booklets required changes in form and function. The League of Nations passport conferences in 1920 and 1926 led to further improvements in terms of security and standardisation. Nowadays, passport design is highly standardised, has to keep up with the latest advances in security technology and should reflect the bearer’s national identity.