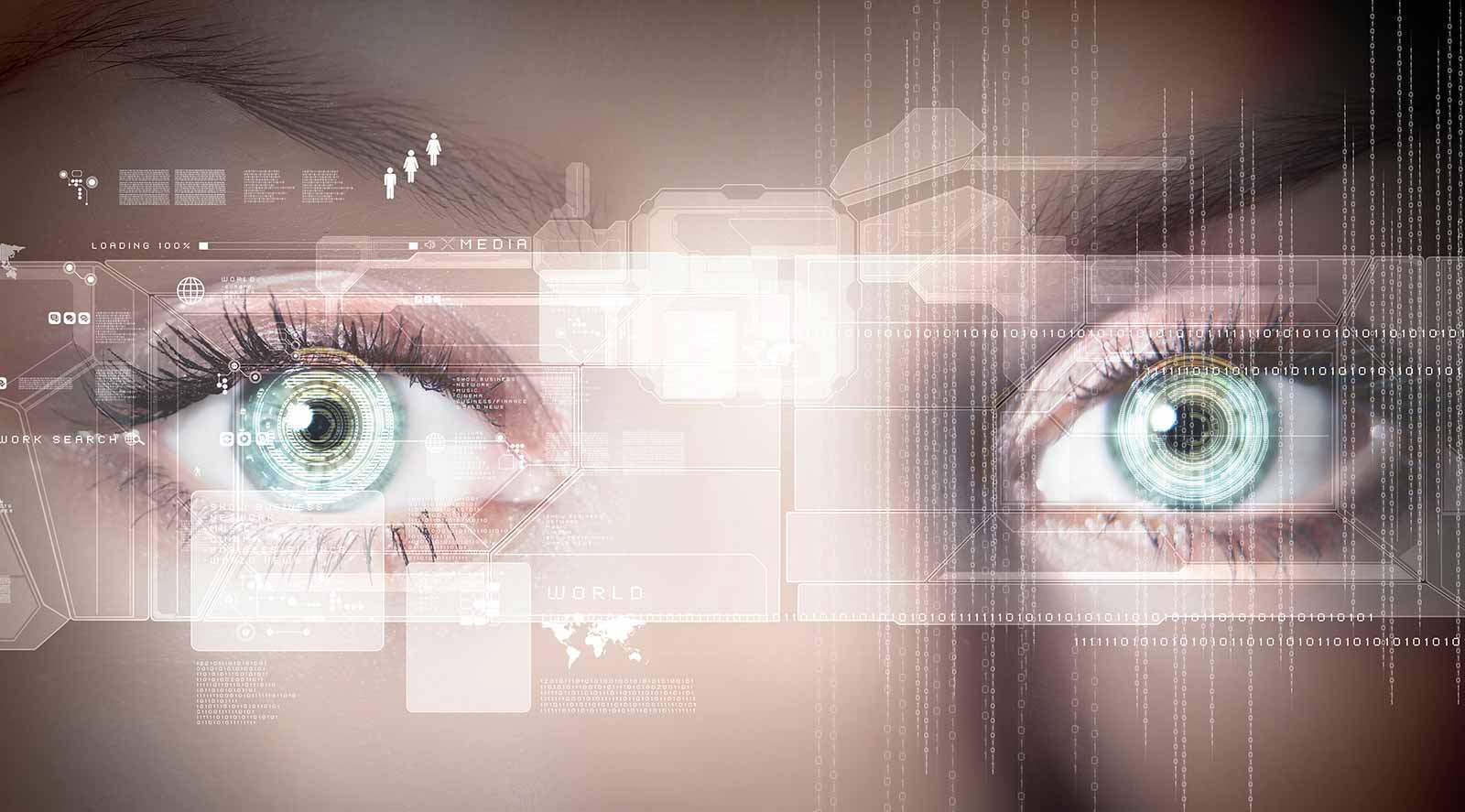 In recent years we have witnessed a proliferation of initiatives around areas as automated border control, passports and biometric identity. In the background, aspirations around big data and federated identity let us believe they will enhance the manner in which we use information and draw conclusions from the same. The result of these initiatives is a fairly mixed bag of capabilities and assumptions with which we are working on a daily basis. Behind this curtain of operational reality there are many well-intentioned discussions around harmonisation and collaboration. To move these discussions from aspiration to practical reality might be made a little easier with the introduction of a model, as Julian Ashbourn explains.

Background
Often, when discussing border management and facilitation, we tend to look at what we call an ‘end‑to‑end’ process or journey (usually aligned with the traveller) and focus our deliberations accordingly. However, such a view developed in isolation is unlikely to lead to a solution which is scalable, sustainable and easily harmonised upon a broader, international scale. One of the reasons for this is that such a perspective often fails to take into account all of the other factors which affect practical efficacy upon a broader scale, or otherwise lead to a broader strategy.
Furthermore, when such matters are discussed, they are often discussed from the perspective of a single agency or from the perspective of a distinct group within that agency. Consequently, we tend to arrive at well-considered but narrowly defined and conceived systems, often based upon operational agendas which have their own characteristics. This, in turn, tends to channel the resulting system into a position from which it is not easily developed into a more harmonised solution.
We need to develop a repeatable model which can be used to ensure that all the primary considerations are taken into account, all of the time, regardless of geography or political orientation. With such a model, both consistency and, more importantly, the potential for harmonised activity and development across both political and geographic boundaries can be achieved in a scalable and sustainable manner. In addition, common definitions and terminology are introduced which make it easy to compare systems and undertake gap analysis while we are working towards harmonisation. Ultimately, if such a model is extensible, it may be used in order to embrace all perspectives and variables upon a truly global scale. This is entirely realisable if structured appropriately.

InfoStrata concept
The concept introduced here at a high level, as a candidate for such a model is the InfoStrata concept (figure 1). It is an easily used, intuitive model, to which all concerned may subscribe. The concept may be further developed and future iterations will be articulated via a series of discussion documents. Interested parties may like to contact the author in order to contribute to ongoing discussions and be kept abreast of any such developments (for contact details see the end of this article).

Benefits
The principle of the InfoStrata concept is that sets of parameters and considerations are grouped together into logical collections which may be easily addressed in context. This will result in various groups or layers which can be subsequently aligned, even if orchestrated largely by different agencies, albeit within a collaborative environment, whereby issues may be posited and resolved across all layers. With the model developed at a high level, we may easily identify progress at each layer and start to identify the broader Framework of Understanding (as previously articulated by the author1) necessary to develop a practical, holistic model that can be easily recreated at different locations. This elegantly structured approach provides the necessary uniformity and scalability with which to move forward.
Another important benefit of the InfoStrata model is that it enables us to produce a succinct summary of the broader situation in an easily understood graphical representation (templates will be developed accordingly). These summaries shall be called ‘factorgrams’ (analogous with the cladograms used in evolutionary science). It will be readily appreciated that, once constructed, factorgrams from different administrations and countries may be compared without difficulty, allowing for the road towards harmonisation to be clearly identified. In addition, factorgrams may be stored in an InfoStrata database, year on year, providing an evolutionary picture, while systematically developing the local, regional, national and international understanding. In effect, an increasingly rich knowledge base will be created which may be shared internationally as desired, leading towards an enhanced framework of both understanding and practical collaboration. This provides us with a route towards true harmonisation, whether it be within a defined economic community or broader based.

National and international position
Once a factorgram has been developed at a national level, taking all the various layers into consideration and defining them accordingly, this may act not only as a template within national boundaries, but as a model with which to enter international discussion. In the latter context, a series of standardised factorgrams, produced to a common model, may serve to identify areas of (dis)similarity which may be further discussed in order to work towards international harmony and, importantly, an international strategy. This international strategy is currently conspicuous by its absence, at least when considered on a truly international scale. However, it is surely something that we should be working towards.
This may, at first glance, seem like an overly simple approach to what is, after all, a very complex issue. However, there is an elegant logic here. Sometimes, by the very nature of this perceived complexity, international issues prove difficult, if not impossible to resolve, at least not in a timely manner. Part of the problem is that no-one quite knows where to start and, if a single administration takes too strong a lead, they run the danger of being perceived as trying to enforce their will upon others. And yet, without such a harmonisation, our aspirations are compromised from the outset. What is needed is a simple model that can break the problem down into easily recognisable modules which may be evaluated in line with common criteria and addressed accordingly. In such a way, each administration may produce and maintain responsibility for its own part of the model while having an instrument with which to facilitate international discussion on common terms (the factorgram). Now we have a mechanism which may be easily used across both political and geographic boundaries. Furthermore, such a model is self‑documenting, providing an ‘audit trail’ history over time, allowing for gap analysis and eventual harmonisation. Additionally, there is a strong evolutionary factor which, if developed properly, can provide insights which are currently unavailable. This may be aligned with various data from a variety of agencies and functions in an unprecedented manner once the primary operational framework is in place.

Next steps
The InfoStrata concept has been introduced here at a very high level in order to set the scene and stimulate further discussion. The concept is defined and it will be a simple matter to produce associated templates, guidance and tools with which to establish the methodology at any level. These tools will include an InfoStrata database which may be used independently or within a collaborative environment. The administration of such a methodology may be defined at various levels, from local or regional, to national and international. At the international or even global level it might be useful for an overall representation to be maintained by an existing body, such as IATA or ICAO or perhaps an entirely new administration formed as a coalition of interested parties. At this level, the administrative function would be straightforward and consist primarily of communication, promotion and the maintenance of guidance material and associated tools. At the operational levels, it will be a simple matter of incorporating the use of the methodology into existing strategies and change programmes and contributing to the broader discussion.

Conclusions
The issue highlighted within this paper, one of practical collaboration and harmonisation under the umbrella of a shared vision, is one that has often been discussed. Such discussions usually result in a raft of well-intentioned suggestions which often fail to get much further, except in principle. The reason is often a difficulty to see a clear first step that may realise a shared vision in a practical, operational manner and that is easily comprehended by all concerned. InfoStrata provides that first step. It is a simple, intuitive concept which nevertheless provides a foundation upon which a true international strategy may be constructed and enacted. Furthermore, all parties may contribute to this framework of understanding, helping to evolve the broader model by successive factorgrams which, in turn, map directly to the practical, operational reality. In fact, the InfoStrata concept may be extrapolated to areas such as operational intelligence with little difficulty, providing additional levels of understanding in that area. All of this is entirely realisable from that simple first step.

The question is, how may we align the broader discussion in such a way that individual administrations may take that first step with confidence? One approach might be to stage a working group/conference at which the concept and associated tools may be presented, together with proposals for how the concept may be practically implemented. Open discussion could then follow, leading to agreement on the first iteration of the methodology, together with an agreed programme towards a proper, international strategy. Following such an inaugural meeting, interested parties may set about creating their own factorgrams and sharing information accordingly, while a centralised administrative function may be established (or a small number of regional administrations feeding into a central coordinating entity).

In fact, all of this may easily and quickly be mapped out and agreed. We just need to take the first step towards initiating this broader discussion. The author has provided the core idea and is willing to develop this further, including the associated templates and tools necessary for its practical implementation. However, this may only be achieved if there is a consensus of understanding and a willingness to take the idea further. Responses are consequently invited, including proposals from agencies that may be willing to sponsor an inaugural meeting in order to discuss and shape the future accordingly.

A greater harmonisation is within our grasp, together with a working methodology which will provide a framework for progress. Let us not let such an opportunity slip by. 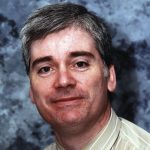