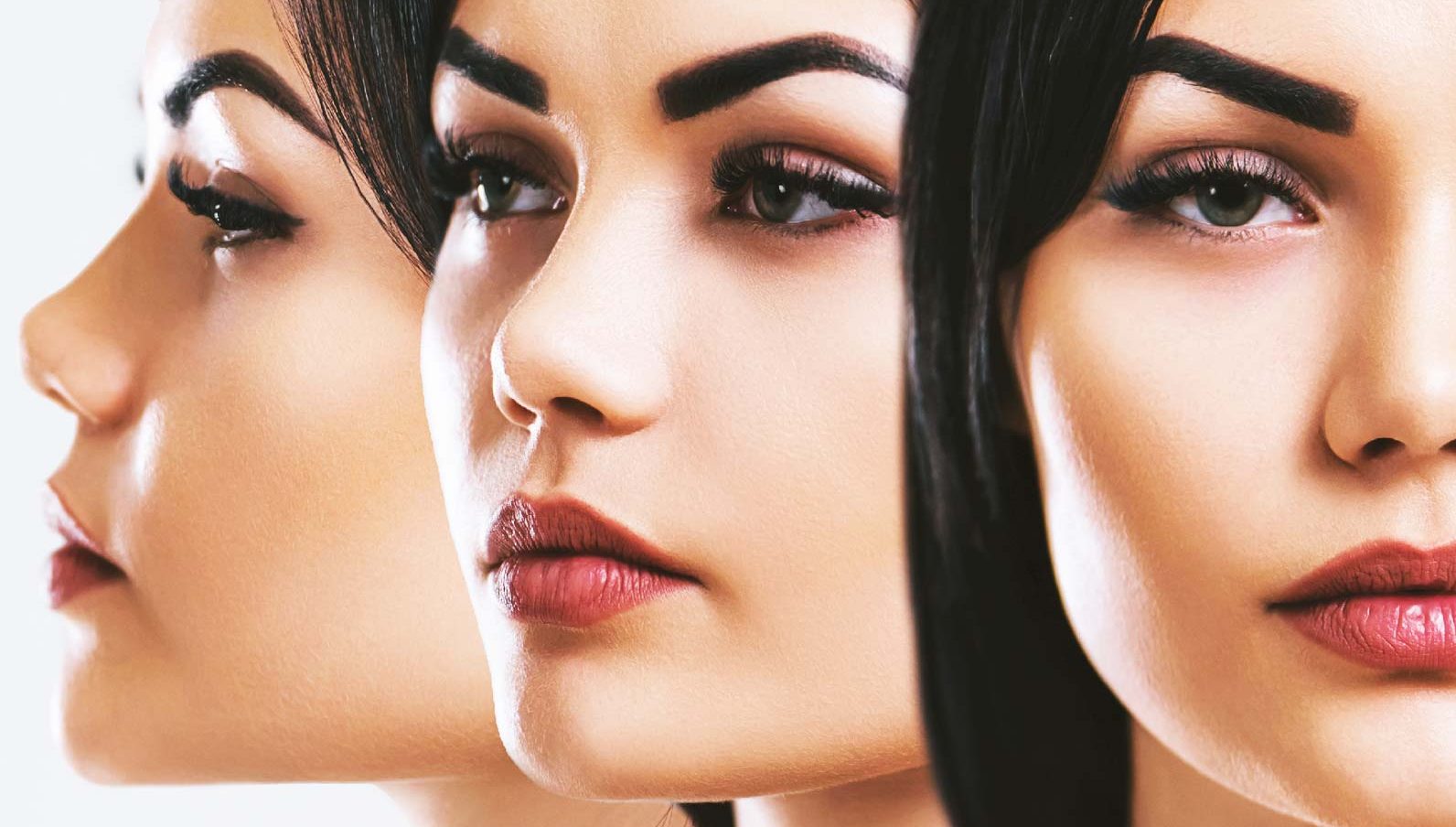 3D face scanning is not straightforward. Many tech­nologies available for industrial 3D scanning are not suitable for portrait applications as they can require long scanning time. Whereas 2D cameras perform acquisition in one shot, active scanning using an IR projector requires the subject to move around the sensor during the acquisition in order to scan masked parts of the face. This long scanning time combined with small changes in expression and lighting creates inconsistencies in the 3D data. We found that the passive technology and controlled lighting environment in 3D photo booths and 3D kiosks produce a very high-quality 3D image that meets ISO quality standards for image acquisition with a scanning time as short as 20 milliseconds. The introduction of 3D face biometry in one of the most popular smartphones could be the catalyst for making 3D face recognition a standard. In addition, we think that the recent improvements in 3D scanning devices and 3D face recognition algorithms will enable the introduction of 3D portraits in our passports in the near future. In today’s world there is a demand for increased security, and 3D portrait acqui­sition may be the right technology to meet this demand.

Enrolment portrait, live portrait and face recognition
Our facial biometry environment is mainly defined in 2D. Most cameras and smartphones on the market use 2D sensors. Image processing is mainly coded for 2D images:

However, we are currently experiencing a technology transition. In smartphones, for example, 3D capture was gradually introduced to increase biometric security. But how reliable will 3D smartphone portraits be when we know that the quality of homemade 2D portraits captured on smartphones is already relatively poor?

In this article we will:

What is a 2D portrait?
A 2D portrait is created in a given lighting environment by projecting the face of a subject onto the plane of a photosensitive dot matrix using an optical system. A 2D portrait is stored in two dimensions (x and y) and has a coded modulation for each pair of coordinates (x, y), usually in 8 or 16 bit RGB. A 2D portrait is usually encoded in a JPEG, BMP or PNG file.

What is a 3D portrait?
A 3D portrait is the faithful representation of the external surface of the face. It consists of a set of faces oriented and joined (usually a triangular face). Each of the vertices of these faces has a coded RGB modulation.
A 3D portrait for biometric use usually does not contain the back of the head.

The 3D enrolment portrait can be projected on a 2D plane via a configurable optical system to become a 2D portrait again (see Figure 2). In the 2D projection the following variables can be configured:

Creating a 2D projection using a 3D portrait allows us to simulate lighting and pose. So if we are able to estimate all the real conditions of a 2D live portrait as it is recorded by a security camera, then we can apply these conditions to the projection of the 3D enrolment portrait. We then get a new 2D portrait with enhanced rendering, which can be an asset for face recognition.

Can expressions be simulated?
After the characteristic elements of a face such as the mouth and the eyes have been identified, it can be morphed to simulate expressions. A simulation of an expression, however, has its limitations compared to real expressions. An alternative is to capture several expressions during a 3D enrolment. Photogrammetry is very suitable for capturing multiple expressions, as each shot takes only a few milliseconds.

How are 3D portraits encoded?
There are standards for encoding 3D portraits.[1] One popular industry encoding format is the open source format OBJ which is composed of two separate files (see Figure 3) in order to separate the coloured texture of the face and the 3D shape which composes the volume of the face. One file is the 2D face texture which can be resampled in very specific and different ways. The format of the file is usually JPEG. The other file contains the uncoloured 3D shape, which usually has four different sections:

The format of the file can be ASCII or binary format and it may have the .obj extension.

How much detail is captured in a 3D portrait?
Provided the acquisition time is short and the facial expression remains the same throughout the capture process, detailed measurements of the volume and texture of the face can be taken as defined in Figure 4.
Is a full head scan required for a 3D enrolment portrait?
In the case of 2D enrolment portraits, modern face match algorithms focus on the centre, and disregard the ears and the hair as the latter has too much cultural variability.

In the case of a 3D enrolment portrait, head and facial hairs are too thin to be captured individually, and only their general shape is recorded. Because glasses are transparent and have multiple reflections, the 3D scanner cannot measure their shape accurately, so for 3D scans they have to be removed. The area of the face used in 3D face recognition is usually similar to that used in 2D face recognition.

3D portraits are more invariant than 2D portraits
In practice, the 2D modulation of each of the pixels composing a 2D portrait is far from invariant. The 2D modulation is affected by many external factors, such as lighting, pose and the camera used (see Figure 5).
Lighting is one of the main disruptive factors: an ideal lighting is a homogeneous diffused lighting of the whole face. In practice, the lighting is often specular (spotlights), oriented (sun, street light, window), and coloured (variable temperature, low CRI, environmental reflections).
The pose is another major disrupting factor: the optical axis is rarely perpendicular to the axis of the face, as the projection of the face is affected by tilt, yaw and roll angles. The roll can be compensated for and the yaw can be partially compensated by the symmetry of the face. The tilt, however, is most disruptive and unfortunately very common because of the height at which cameras are mounted.
The camera used also affects the portrait in various ways: overexposure and underexposure, variable contrast curves, lack of sensitivity which results in blurring, noise on the sensor, inappropriate compres­sion and resolution, geometric and magnification distortion, colorimetric aberration and the use of multiple algorithms (such as saturation, colour management and enhancement of contours). Please note that although magnification distortion can cause severe deformation, it is generally managed well by face recognition algorithms.[3]

The combinations of lighting and camera colour management are so unpredictable that most face recognition algorithms work in greyscale. The rendering of the skin tone is also strongly affected by cosmetic devices (make-up, skin cream, masking of the skin grain, artificial eyebrows, coloured contact lenses) and natural skin tanning.
Human perception, however, is less affected by these factors, partly because it relies on three-dimensional vision. Indeed, Figure 5 shows that shape information is significantly less sensitive to disturbances.

2D and 3D face recognition performance
Standard face recognition systems compare 2D live portraits with 2D enrolment portraits, but this process is too sensitive to the environment (see Figure 6, solu­tion 1).[4] Algorithms try to minimise this sensitivity by introducing a preliminary normalisation process (pose, lighting, dynamics, etc.), but this is not sufficient.

The eventual solution will be comparing a 3D live por­trait with a 3D enrolment portrait (see Figure 6, solu­tion 3).[2] There are only a few SDK compliant systems with 3D face recognition, but that will soon change.

We have experimented with several face recognition algorithms (see Figure 7):

We think that this solution could improve the recog­nition performance, especially if the learning database took the capture conditions into account.

How to capture a 3D portrait
A 3D portrait cannot be extrapolated from a 2D portrait
Extrapolation seems a cheap and easy solution. Some software currently on the market offers 3D extrapolation from a 2D portrait. At first glance, the rendering looks good since a 3D volume is perceived and the front texture looks realistic. But when we move around the face and we compare it with the true 3D face, we realise that the face profile is wrong. This is illustrated in Figure 8 with an extrapolated 3D portrait created using a smartphone application.
Each face has its own morphology. The extrapolation algorithms rely on the morphology of a generic face which is of course different from that of the subject’s true face. And these extrapolation errors are easily perceived by manual and automatic face recognition, which are sensitive to very small variations.

Even extrapolation based on front and profile photos is not sufficient as there is a 90° change in camera angle. 3D photogrammetry reconstruction requires smaller (10-20°) angles between each camera. The photogrammetry used by human vision uses similarly small angles: 10° for an eye‑subject distance of 50 cm, 7° for 70 cm and 5° for 1 m.

A review of 3D scanning technologies
While the 2D portrait still requires the same technology, namely the combination of an optical system, ambient lighting, and a photosensitive matrix (CMOS, CCD and formerly photosensitive film), the 3D portrait can be acquired by a multitude of technologies. Most of these technologies were developed for industrial applications and capture the 3D geometry of our environment. They were subsequently adapted for 3D portrait acquisition. Below we will only discuss those that are suitable for portrait capture (see Figure 9).

For some of these technologies (active scanner), it is necessary to project a dedicated light source (projector, temporal spots, phase coding spot or geometric pat­terns with variable colours). These sources are mainly infrared in order to avoid disturbing the subject. These projections may consume a lot of energy if used in a smartphone application. These are the technologies currently available for 3D portrait acquisition:

There are two further technologies which are less suitable for accurate portrait acquisition:

Table 1 summarises the main features of the passive and active technologies available.

3D live and enrolment systems
There are many industry solutions available for 3D capture. However, only a few of them can be adapted for biometrics. We have identified three types of industry solutions:
Smartphones with 3D scanners 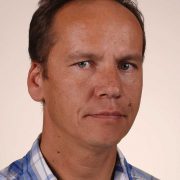 Dr Christian Croll is a Physics and Image Processing graduate of the Institut National Polytechnique of Grenoble. For the last 15 years he has been a 3D project manager and image processing expert with KIS Photo-Me where he developed the colour management system of the KIS digital Minilab. This system has received the minilabs first prize in the DIMA Shoot-Out image quality competition for several years running. He has several patents on automatic calibration of film recorders and photo booth lighting. He recently introduced 3D portrait acquisition in photo booths